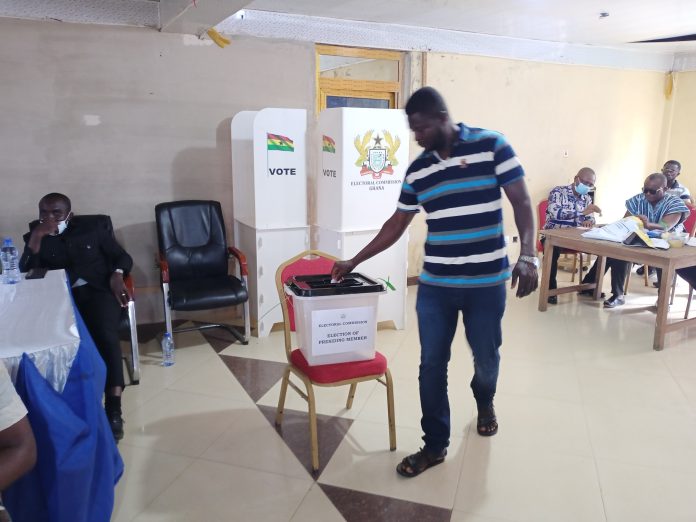 A meeting to pick a new Presiding Member for the Juaben Municipal Assembly is currently on hold after the Assemblymen failed to elect a winning candidate.

At least 24 elected Assemblymen and government appointees gathered at a local Methodist Church in a tensed election supervised by the Electoral Commission.

After failing to secure a two-thirds majority, Regional Minister and Acting MCE Simon Osei-Mensah proposed that both candidates stepped down for a new face.

But that has been fiercely contested by the Assemblymen putting the meeting on hold.

Acting MCE and Ashanti Regional Minister is working to resolve the issue.

The winner of today’s election will pave the way for the Assembly to endorse the President’s Municipal Chief Executive (MCE) nominee Omane Aboagye.