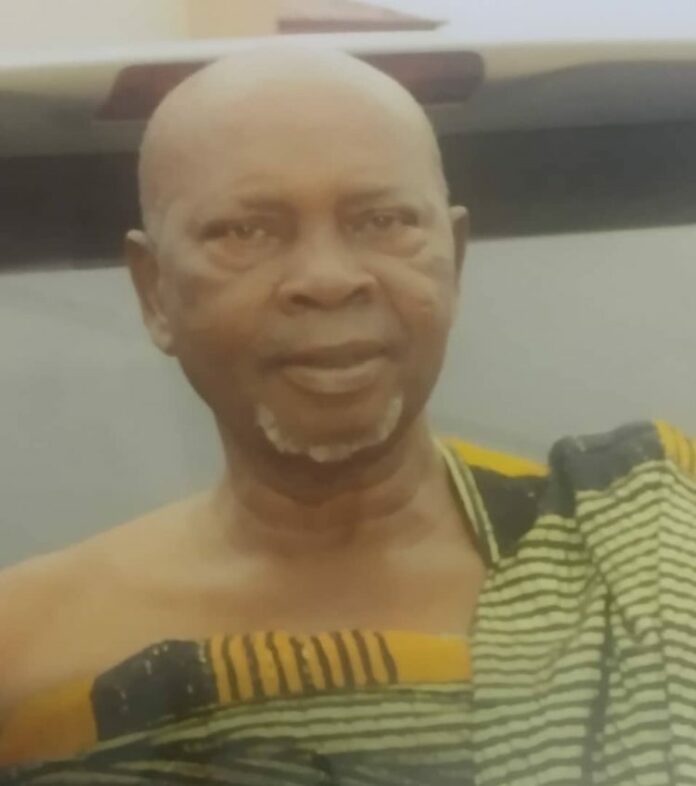 Tributes have been pouring in following the sudden death of popular Ghanaian actor King Aboagye Brenya.

Mr Brenya died on Thursday, September 30, 2021 at the County Hospital at Abrepo in Kumasi after he was rushed to the facility for treatment, his family told local media.

The 82-year-old had been incapacitated for the past six years, and as such has been out of the Ghanaian movie scene.He left behind nine children and a wife.

During his youthful years, King Aboagye Brenya combined acting with working at the Kumasi Cultural Centre.He played several roles in both Ghanaian and Nigerian movies.He was the owner of Ohenenana Guest House at Bohyen, and also owned the Kumasiman Preparatory School at Bohyen.

Although he was quite weak and was unable to work during his last days, his family says he survived on the revenue they were generating from his guest house and the school.

Following the news of his passing, some actors and producers have visited his home at Bohyen to commiserate with the family.

President of the Film Producers Association of Ghana, James Aboagye, in an interview with Citi News described King Aboagye Brenya as a pioneer in the film industry.

“King Aboagye Brenya affectionately called Nana or King was one of the pioneers in the film industry when it comes to the Kumawood fraternity. He was among those who accepted the challenge to battle their colleagues in Accra for roles, despite the latter’s vast experience in the industry. He progressed very well and starred in popular and iconic movies like Kumasi Yonkoo, Asem, Odasanii. Nigerian film producers noticed his acting skill and invited him to Nigeria for movies through Mr. Samuel Nyamekye of Miracle Films. He fell sick about six years ago, and he did not fully recover and has been on the sick bed until late afternoon today, Wednesday, 30th September 2021”.

Brenya’s death comes nearly 48 hours after it was announced that Ghanaian musician Nana Kwame Ampadu has also passed on. He was 74.

Bettie Jenifer, wife of Chris Attoh shot dead in US