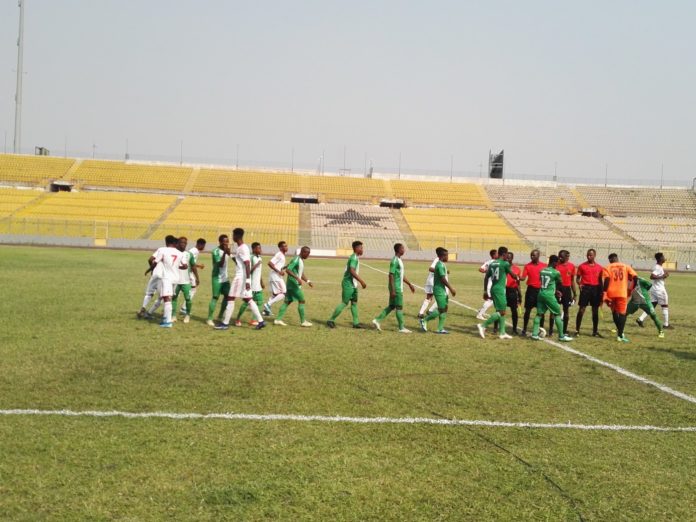 Kumasi King Faisal managed a one all draw game at home against WAFA SC.

The Green and Whites started the game on a high and were the better side for the greater part of the first 45 minutes.

Forward Osman Mohammed was unlucky when his effort in the first half struck the crossbar after beating the visitors’ defense.

The away team goalkeeper made some great saves in the first half to deny the home team a goal as the half ended goalless.

The visitors were awarded a penalty after the recess and captain Ibrahim Abubakar made no mistake from the spot to make it 1-0 to the away team.

Substitute Samuel Moya won the home team a last-gasp penalty and fellow sub Mustafa Mohammed stepped up to make it 1-1.

King Faisal have now gone eight games without a win in the top-flight for the first time in the club’s history.