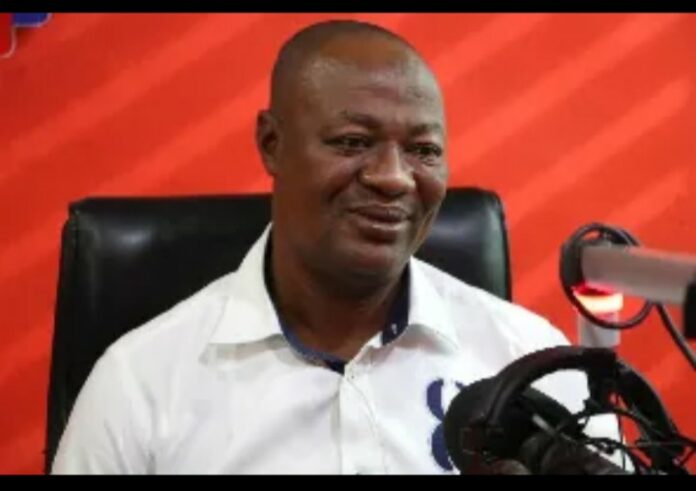 A Public Relations Officer of the International Institute of Certified Forensic Accountants (IICFA), Awuni Akyireba wants President Akufo-Addo to appoint regional executives of the governing New Patriotic Party (NPP) in the Ashanti Region to serve in his government.

In a two page document, Mr Akyireba said these executives have worked harder in the party’s stronghold over the years and need to be rewarded.

“It is very puzzling and difficult to understand the dynamics and game plan of the NPP regarding the reward system for its party’s militant officers in the Ashanti Region…Luckily the party has won a second term bid… But it looks unsatisfactory to still see these gallant officers of the party in Ashanti region not find a mention in the proposed list of the present nominees”, parts of the statement copied to dailymailgh.com read.

Advancing his argument, the social commentator for instance named the party’s regional secretary Sam Pyne –the man who served as a board member at the Kumasi Abattoir –could best be placed in a suitable office.

“That was, in my personal estimation, a disregard for the party’s impact in the victory of the party in 2016. We have seen secretaries of the party in less impactful regions make the position of regional ministers, AMA boss, among a slew of many juicy jobs.

You have appointed regional ministers already – KMA boss is still vacant, fix him there. It must be noted that properly recognizing the party’s officer such as Sam Pyne for a suitable office is a way of branding the party and boosting the morale of the base of the party to consolidate the gains and sustain same for the success of the party”, Awuni further posited.

He further thanked the President for naming other personalities from the Ashanti region to hold key positions in his government.