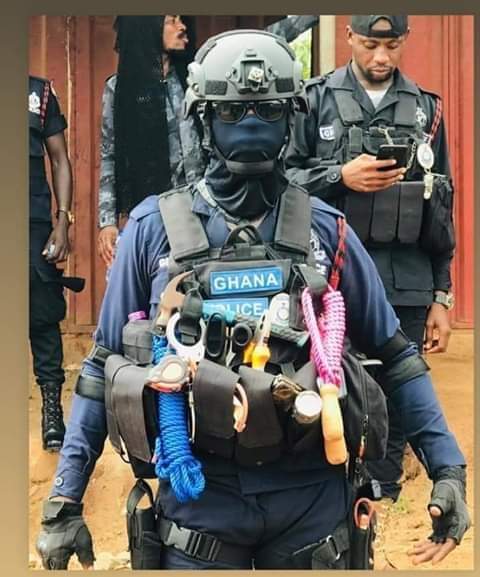 A bench warrant has been issued for the arrest of four persons, accused of assaulting the SRC President of the Kwame Nkrumah University of Science and Technology (KNUST), Master Adu-Baah Charles.

They have been named as Anokye Bernard, Adongo Kennedy and Oppong Nkrumah Stephen—all National Service Personnel, and one other.

Two other accomplices have also been granted a GHS 10,000 bail each with one surety by the court.

They have been identified as Godfred Owusu Afriyie, a National Service Personnel and Samuel Antwi Poakwa, a level 400 Business Administration student.

The plea of the two suspects were however not taken by the Asokore Mampong District Court presided over by Her Worship Portia Molly Anafo-Salia on Tuesday, October 8, 2019.

The crime according to police Inspector Edward Kwame Adade happened on September 29, 2019.

He said the suspects together with their accomplices attacked and assaulted the KNUST SRC President Adu-Baah Charles at Kotei, a community near the University Campus.

He said the two suspects were later arrested by the KNUST Police and arraigned. They have been charged with conspiracy to committing assault and assault.

Lawyer for the accused persons, Benjamin D Andoh Esq, however says they are considering and out of court settlement to let sleeping dogs lie.

“On the basis of the facts that were read we had to make a bail application on behalf of both accused persons… But as I indicated, the court act of Ghana actually enjoins the court to ensure that there is reconciliation in an offense that is not aggravated in nature and in an offense that is not a felony and so whiles they are on bail we are going to make frantic efforts to reach the complainant and see whether we can promote reconciliation among them and we will come back to the court and announce settlement”, he told our correspondent who sat through court proceedings.

The development comes after the University was declared a security zone by the Ashanti Regional Security Council pointing to a planned attack by some Alumni of the school.

There has been a tassel between some alumni and management for barely a year following a decision by school authorities to convert all traditional unisex halls to a mixed one.

The school was closed down indefinitely in 2018 after students went on rampage over the issue.

They destroyed both public and private property worth millions of Ghana Cedis.

Chancellor of the University, Otumfuo Osei Tutu II, set up a committee to investigate the matter.

The committee has since submitted its report for further action.