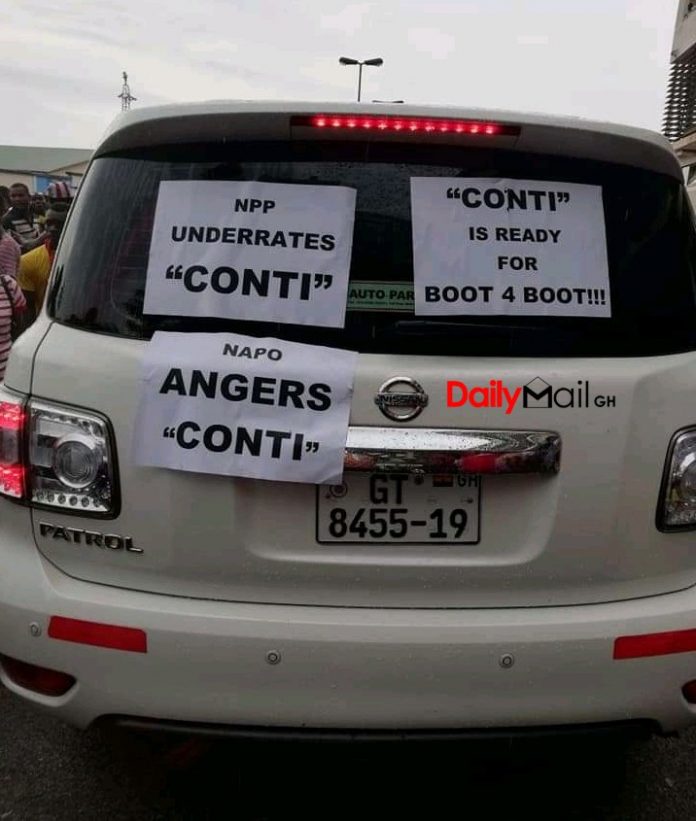 There is mounting anger from former residents and students of Unity Hall (Conti) at the Kwame Nkrumah University of Science and Technology (KNUST).

This is because a government letter “prevailing” on the authorities of the University to reverse University Hall to an exclusive male residence conspicuously left them out.

Social Media has been buzzing since last week as former residents of the hall expressed their displeasure at being left out in the government’s letter.

“Our position remains unchanged. We have not given up yet, and we won’t give up until they have given up! We believe in democracy; we know our rights and we will fight for it. Duty is about to call. Get ready Powerful Continentals,” a statement from the official Facebook page of the Unity Hall Alumni read.

A letter signed by Education Minister, Dr. Matthew Opoku Prempeh, stated government’s position that Katanga remains a male hall of residence pointing to simmering tension at the campus of the KNUST in recent times.

Katanga was converted alongside Unity Hall – also male-only hall – and Queen Elizabeth which was an exclusive female residence at the beginning of the 2018/2019 academic year.

It appears, however, that continuing students of Unity hall are on the same page with their Alumni after government’s position was made public.

The Junior Common Room Committee of the hall in a strongly worded statement addressed to the Education Minister on September 7, 2019 re-echoed that they are not giving up on the issue.

“We wish to expressly state, that we are highly disappointed with the content of the said letter and the approach used by government knowing very well that the letter will serve a purpose of rekindling unnecessary tension and reactions from members of the other two halls that have been affected”, leadership of the Unity Hall stated.

The statement continued, “We would recommend that the Ministry of Education and all stakeholders involved fast-track the process of reviewing the committee’s report…Our silence in recent times means that we still remain open to peaceful dialogue… However should the Ministry remains dismissive of our approach, we may have to strongly reconsider our posture”.

Dailymailgh.com also understands that an emergency old students meeting has been held Sunday, in Accra over the development.

Chief among the agenda was to devise ways to have the Unity Hall (Conti), be re-converted to an all-male hall.