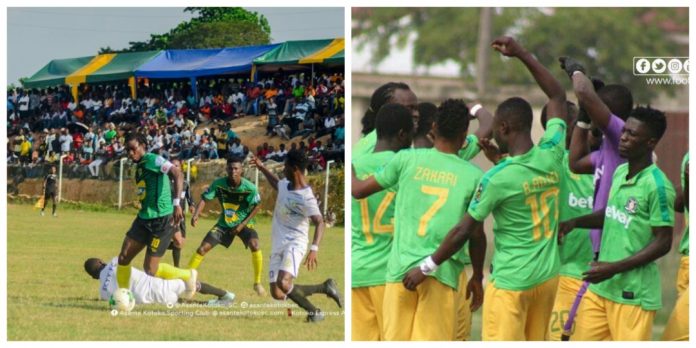 Ghana top-flight side Asante Kotoko played out a goalless game against Skyy FC on Sunday.

The Porcupines, after beating Mysterious Ebusua Dwarfs in Cape Coast during mid-week, failed to find the back of the net against the lower league side in Daboase.

The Division One team were very resolute and organised at the back and gave the Kumasi-based side a good run for their money in an entertaining 0-0 drawn match.

Both clubs are preparing for the upcoming football season in Ghana which starts in about three weeks.

On the other hand, Formaa-based Aduana Stars hosted regional rivals Berekum Arsenal in a friendly at the Dorman Park on Sunday.

The away side continued with their dominant display over the Dorman team in matches played in Aduana’s backyard by beating them 1-0.

Patrick Kofi Ansu scored the only goal of the game to make sure Arsenal preserve their impressive record of always getting a result in Dormaa against the Ogya Boys.