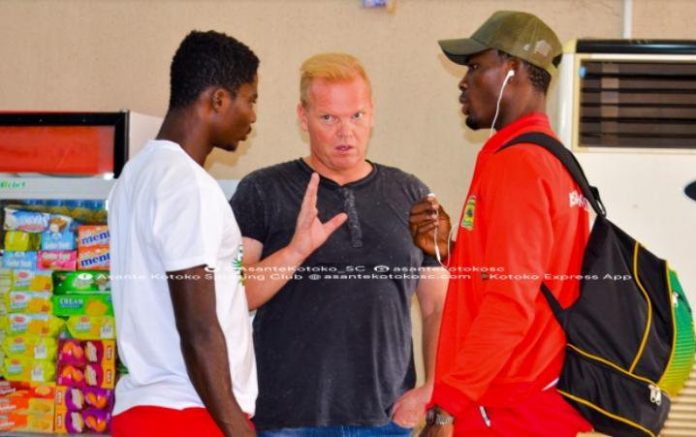 Asante Kotoko defenders Evans Owusu and Habib Mohammed will report late to the Ghana Under-23 camp.

The two are still preparing with their club ahead of the CAF Champions League second leg clash against Kano Pillars in Kumasi.

The two players were invited by the Ghana U23 coach Ibrahim Tanko to join the Black Meteors squad as they prepare for the U23 Championship double-header qualifying game against Algeria.

The Black Meteors will host Algeria on September 5 at the Accra Sports Stadium and the return leg will be played in Algeria four days later.

“The coach has spoken to us and told us to wait until we are done with Kano Pillars game in Kumasi before we report to the Black Meteors Camp,” the two players stated.

The two players featured in Asante Kotoko’s 3-2 defeat against Kano Pillars in Nigeria.