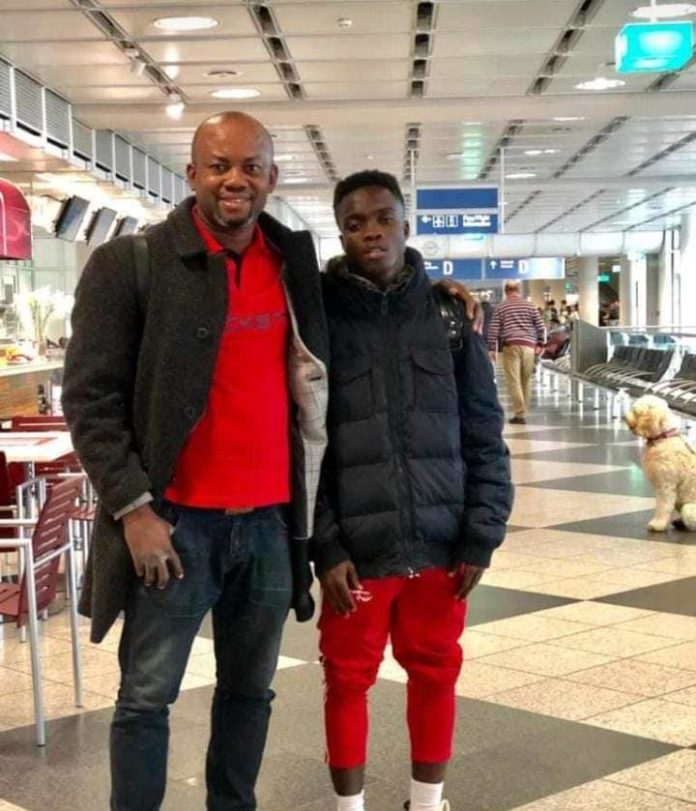 Asante Kotoko sensational teen Mathew Cudjoe has arrived in Munich for a trial.

The nimble footed and gifted attacker has been great to watch in his few appearances in the Red Jersey and has caught the eyes of many European teams.

The 16-year-old dynamic attacker has been invited by German giants Bayern Munich for a trial with the club.

According to Dailymailgh.com sources, the youngster was highly recommended by Germany World Cup winner Lothar Matthäus after his visit in Ghana for the StarTimes Bundesliga School Programm.

Cudjoe shot to fame after he dazzled in the Baby Jet Under 16 tournament and was scouted by the former Black Stars captain Asamoah Gyan’s team.

He was loaned Kotoko before the start of the Ghana Premier League 2019-20 season and has a goal and assist to his name in six games.

Cudjoe arrived in Germany on with his manager Samuel Anim Addo.