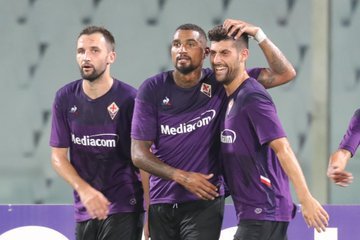 Kevin-Prince Boateng scored his first goal for his new club Fiorentina in a friendly match against Turkish League champions Galatasaray.

The 32-years-old converted from the spot on the 42nd minute of the game to put his side ahead.

The former Barcelona and Borussia Dortmund midfielder scored his first goal in the colours of the La Viola in a game which ended 4-1 to the Italian top-flight side.

Boateng formerly of AC Milan and Sassuolo will have the chance to make his debut in the Serie A since joining the club this summer against Napoli on the Saturday of August 24 at home.

My second term will focus on skills training and jobs -John...

HOPE AT LAST?: Kotoko Reaction Good for War on Violence