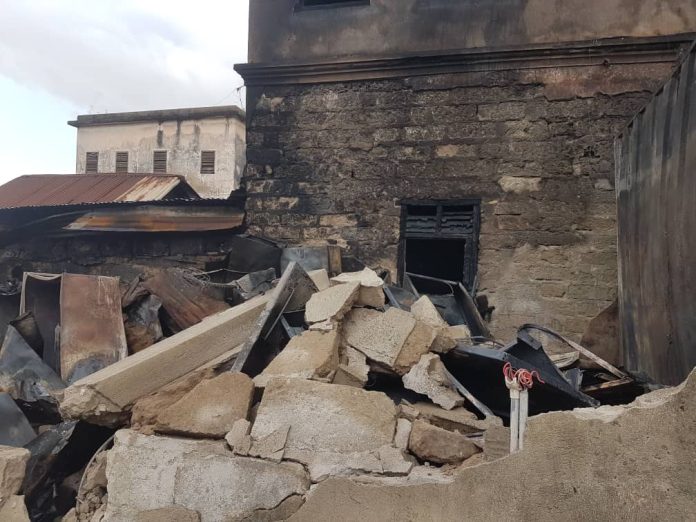 Firefighters from the KNUST Station came under attack at Adwee Nkwanta, near Krofrom in Kumasi as they responded to reports of a house on fire.

A large crowd of youths, including affected families rained insults on the fire crews attending the scene on Tuesday afternoon.

The police later moved in after the report to restore calm.

Although the cause of the fire is not known, spot investigations by the police revealed that the fire started from refrigerator workshop.

Items destroyed included assorted fridges and personal effects. A beauty salon, and a drinking spot were also not spared as the inferno spread to other structures.

It took nearly an hour to bring the fire under control. An officer who led the fire team, ADO1 Eric Mensah condemned the action by the youth and has appealed for an end to attacks on crew members.

“They said we delayed. They didn’t know we were coming from ‘Tech’. They were thinking we came from Manhyia. And most of them think that as soon as there is fire we should be here. You just imagine the traffic on the road…You won’t get it easy”, the fire officer said.

“The perception they had is maybe we should fly and come within some few minutes and we are worried, it’s not the best”, he added.

Investigations have intensified to ascertain the cause of the fire, it is gathered.