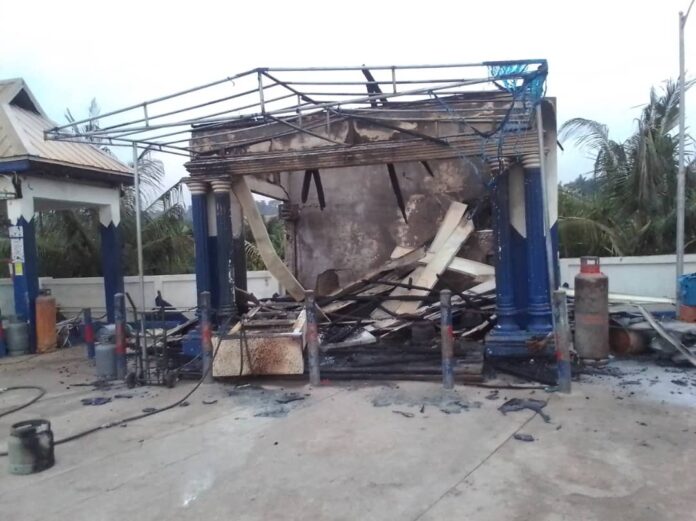 One person is reported injured after a gas station located in the Ashanti Regional capital, Kumasi burst into flames Friday night.

The incident which occured at the GV Global Gas Station just after 5 p.m., forced operators on site to leap for safety.

The fire destroyed items including gas cylinders, dispensers and some other structures. The incident also sparked a massive gridlock on the Asokwa-Anloga junction road.

Firefighters who were deployed to the scene had battled the blaze in 10 minutes.

“We received the information about 17:15 pm but we arrived here at about 17:23 pm [due to heavy traffic on the road]… we met some of the attendants busily dousing the fire and so we had to take over”, said Station Officer Osei Martin who led the fire crew.

“For now we have been able to douse the fire. As you can see cylinders, dispensers and some of the structures have been destroyed”, he said.

The cause of the fire is unknown as the police had already arrived at the scene minutes later.

The injured is said to have been rushed to a hospital nearby for treatment.

The cause of the fire is yet to be established.

She requested for GhC30k loan and had GhC80k. Here’s why Stanbic...