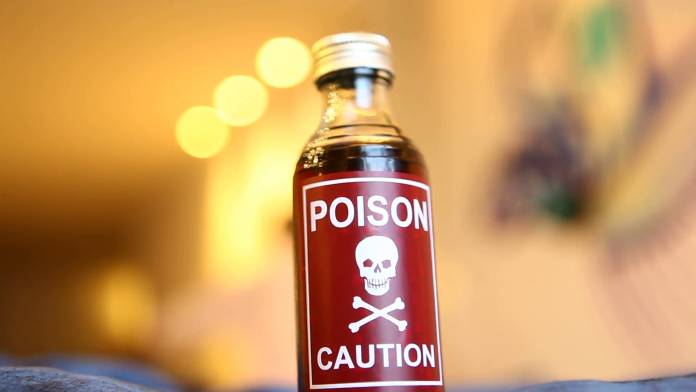 Police in the Ashanti Region have launched a search for a 30-year-old man who allegedly poisoned his two kids at Apemso in the Oforikrom Municipality.

The partially decomposed bodies of the victims only identified as Lizzy, 7, and three-year-old Kelvin were discovered in an uncompleted building Sunday morning by a resident of the area.

The kids, according to residents, were last seen with the suspect Kofi Marfo — who reportedly took the action after his lover abandoned him following a misunderstanding between them.

The children were discovered dead in the yet-to-be completed mission house belonging to the Methodist Church.

“A week ago he [the supect] had told us he was travelling with the kids only to discover the lifeless bodies of the two children here”, a resident told DailymailGH at the crime scene.

The development has left Faustina, the mother of the kids traumatized as she appeals to the police to speed up investigations and get the suspect arrested.

The partially decomposed remains of the children have since been deposited at the KNUST Hospital morgue for autopsy as part of police investigations.