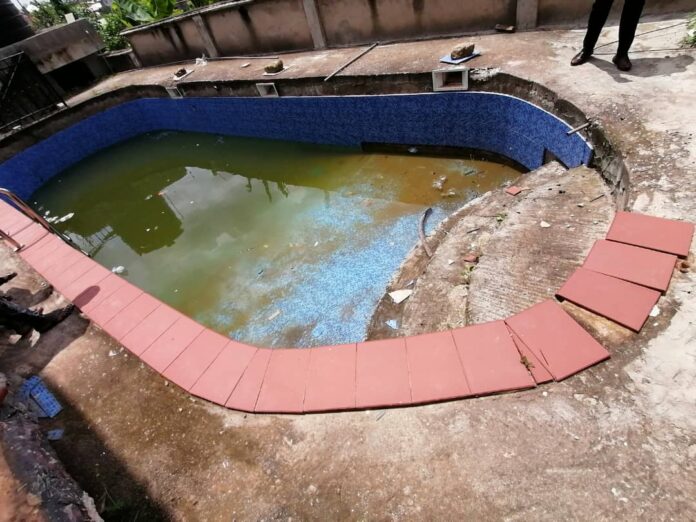 Two sisters got drowned in a swimming pool inside an apartment at Appiadu Kokoben in the Oforikrom Municipality of the Ashanti Region.

The little girls –who have been named by authorities as Belinda Idan, 3, and two-year-old Olivia Konadu Idan – were left in their father’s care on Wednesday afternoon as their mum went to visit her sick friend in the neighbourhood.

Their 28-year-old father, Abadu Idan told the police he suspects his children wandered to the pool while he was asleep.

“I begun to search for them when I woke up. So I went straight to the pool and despite efforts to save them, my daughters died before emergency services could arrive”, Idan told dailymailgh.com.

Officers who arrived at the scene pulled the bodies out of the pool which had been left abandoned for many years but was nearly full following heavy rains.

Their grief-stricken mother, Agnes Pomaa, 20, burst into tears as the police prepare to convey the lifeless bodies of her daughters to the Komfo Anokye Teaching Hospital (KATH) morgue.

“It’s a sad day for me. The only option is to leave everything to God”, she said as police said they have invited the couple for questioning.