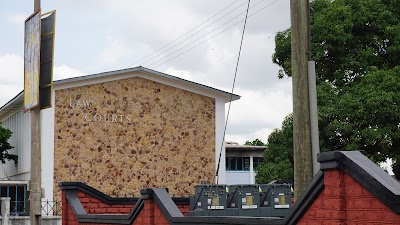 The Domestic Violence and Victims Support Unit (DOVVSU) of the Ghana Police Service has been detailing how an attempt to arrest a man accused of defiling a 15-year-old boy, took an unexpected and unlikely tale, when its officers discovered the suspect and his friend allegedly committing the same crime on another 17-year-old boy on Boxing Day, last year.

Court documents show the suspect, Daniel Odame, 22, who was being pursued after a report by a parent on October 22 last year, was arrested, together with his friend, Francis Arhin, 24, who was also caught with another 17-year-old boy in the same room on that fateful day.

The DOVVSU officers made the shocking discovery at Atasamanso in Kumasi, following a report by one of the victim’s father who doubles as a Presbyterian pastor, when he realized his son who could not be traced at the time may be with the suspect at his home.

The suspects were represented by lawyers who pushed for their release from police custody.

The court presided over by Her Honour, Gloria Mensah Bonsu, however remanded Daniel Odame into police custody for allegedly sodomizing the 15-year-old boy to reappear on 19 January, 2022.

Francis Arhin has however been granted a Fifty thousand Ghana cedis bail with four sureties, two to be justified with a landed property. He will also reappear before the court on 26 January 2022.