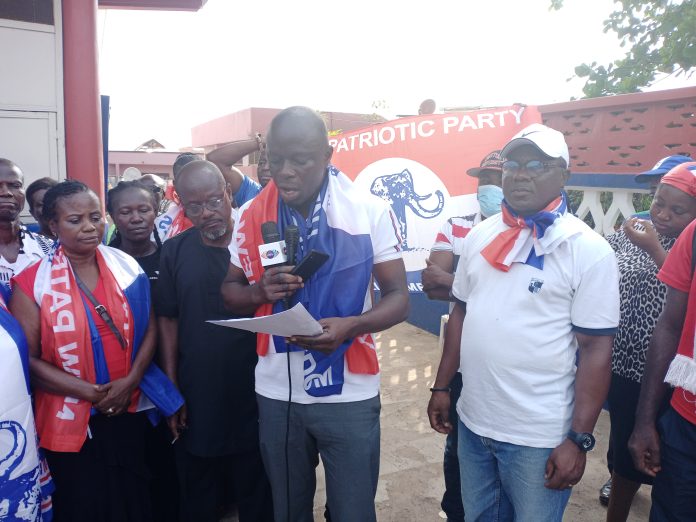 A Kumasi High Court has restrained the New Patriotic Party, NPP, from holding elections in the Kwadaso Constituency of the Ashanti Region, until a suit brought against it by two of its members was determined.

The plaintiffs, Abu Mahama and Kofi Abrefa filed a writ in court challenging how the election of polling station executives was conducted by the Gifty-Ohene Konadu-led committee.

They further claimed that no election was held therefore preventing qualified members from voting for their preferred candidates in all 196 polling stations in the constituency.

The party had filed a counter-motion praying the court to dismiss the suit. But that was shot down by Justice Frederick Tetteh’s court which has since set April 25, 2022, to hear the substantive case.

In an interview with dailymailgh.com, one of the plaintiffs Abu Mahama expects the party to respect the court’s decision.

“When we filed our application for injuction, the party also filed [a counter-motion] that the case be heard on the 22nd. So we filed for abridgement of time and then they came back and said the party’s lawyer was out of the jurisdiction and thus prayed the court to hear the case on the said date. But the court held that the case be moved to 25th April, 2022”, Mahama said.

“This means the party cannot organize any election in the constituency until the substantive case is heard… It’s a very good move for us. Normally they [the party] hide behind the holidays and organize elections so we feared that they could hold the elections at the blindside of the court…But today the judgment was passed in the presence of all the executives and so if they go-ahead to organize elections I will be very surprised”, he added.