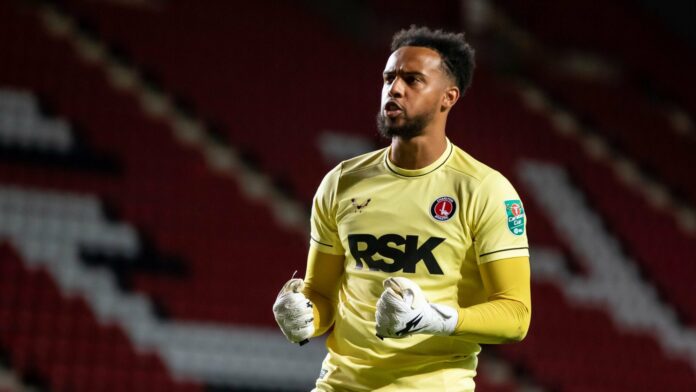 Black Stars first choice goalkeeper Joseph Luke Wollacott has suffered a fresh injury on Saturday in the English League One game away at Burton Albion FC.

The Ghanaian international picked a finger injury during the warm-up as Charlton drew 3-3 away from home in the league.

With just eight days to the start of the 2022 World Cup, the goalkeeper could be racing against time to recover and play for Ghana at the World Cup in Qatar.

“He’s a really level-headed guy, Jojo. He was disappointed before the game and frustrated by it. I don’t think he was in a position to be on the bench so we made the decision to put an extra outfield player on.”

“He’s a little bit more positive in there now and we’re really.hopeful it’s positive news and he can travel tomorrow”, his manager, Ben Garner said.

The Ghanaian pulled out of the pre-game warmups due to the injury and will have a scan to determine its extent later on Saturday night.

The 26-year-old is currently Ghana’s number one goalkeeper going ahead to the competition and will be a big blow to Ghana if he misses out. Ghana have been drawn in Group H with Portugal, Uruguay and South Korea.

Richard Ofori also got injured yesterday in South Africa ahead of the FIFA Mundial.