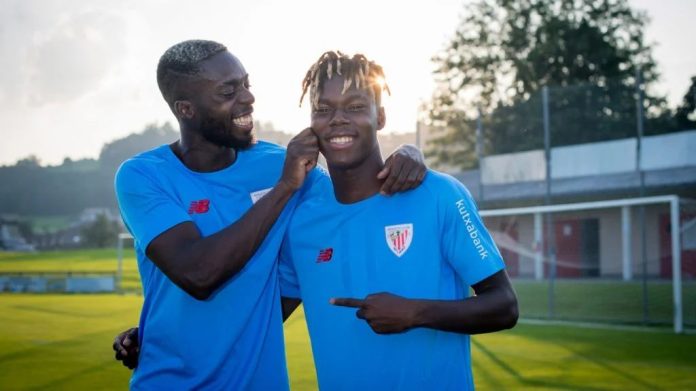 According to exclusive information available to Dailymailgh.com, the 27-year-old will play for Ghana soon as he accepts to don the famous Black Stars jersey in September during the next FIFA international break.

On the other hand, his younger brother, Nico Williams is hesitant on making a decision this early in his young career to play for the country where his parents hails from.

Dailymailgh.com can confirm that, the Williams Brothers have intentionally decided to make the older one, Inaki play for Ghana to see how things will pan out before considering to make the younger Williams, Nico take a decision.

The Spain-based Ghanaian players are said to be not fully convinced about how things will work out playing for the four-time Africa Cup of Nations winners.

Inaki and Nico Williams visited Ghana and met with the Ghana Football Association on the prospect of representing Ghana at the senior level of international football instead of Spain.

Inaki Williams in a year ago said he didn’t feel like he is a Ghanaian and didn’t want to block the chance of a player who’s born in the country and feels more Ghanaian than him.

Nonetheless, the Ghanaian born in Spain is just a call-up away from becoming a full time Ghana International with the 2022 FIFA World Cup tournament looming.

A member at the Ghana Football Association with name withheld confirmed to Dailymailgh.com that the Athletic Bilbao striker has finally given the okay signal to play for the Black Stars as the FA looks to completes his nationality switch to play for Ghana in the AFCON qualifiers against Angola in September.

He’s now expected to be in the Black Stars team for the upcoming FIFA World Cup tournament in Qatar later this year.

The Executive Director Got It All Wrong: JM will not put...