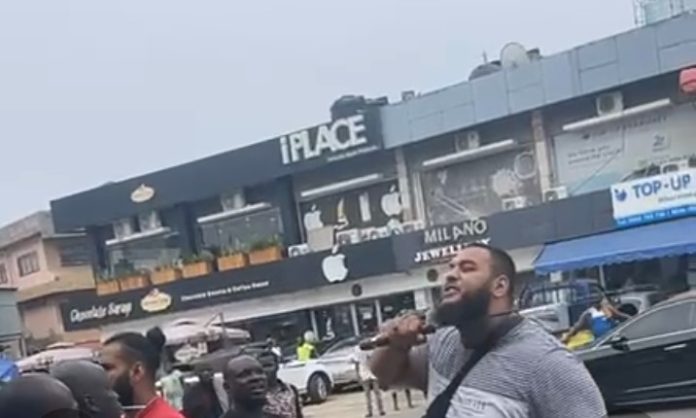 Lebanon’s embassy in Accra is the latest to demand the arrest of one of its citizens who reportedly launched an attack on a Ghanaian man.

In an undated video, the sword-wielding white man attempts an attack on the unidentified man at a location in the national capital. He is heard screaming: “come out”, “come out”, “I will cut your neck”; as he held the weapon, putting lives in jeopardy.

Despite appeals from bystanders, the angry man further dragged the tip of the sword on the ground as he inches towards the victim.

It is not clear what sparked this incident which comes days after a gun-wielding policeman with the Central Regional Command launched a similar attack on a motorist. The video widely shared online has attracted widespread condemnation as calls mount for action.

In a Facebook post the Lebanese Embassy said: “We reject all forms of violence and intimidation, as well as anyone who does not treat the people of the host country with respect and in accordance with applicable laws.

“We call on the competent authorities to conduct the necessary investigations and to take appropriate measures against the offender”, the Embassy added.