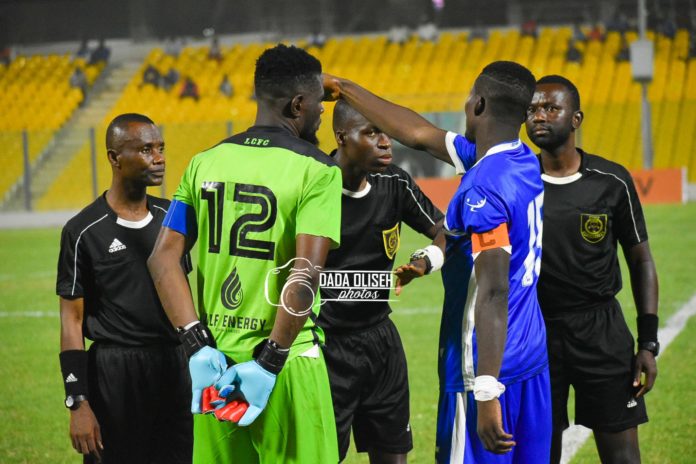 The Royals started the game on a high level creating some decent chances in the early minutes of the match.

The home team’s pressure paid off 23 minutes into game with Yakubu Mohammed finding the back of the net to put the host ahead.

Olympics crawled back into the game slowly after going behind and got their reward with seven minutes left before the break when Ibrahim Sulley struck to put the visitors level.

After the recess, the away team upped their game and started dominating and controlling the tempo of the match.

Olympics missed so many chances in the second half of the match despite creating more than three good openings which could have resulted in a goal.

Both teams failed to find the back of the net in the second half of the match and the Accra derby ended in a 1-1 stalemate at the Accra Sports Stadium.

Police arrest Ghanaian woman, 30, who enjoys defecating at a Police...