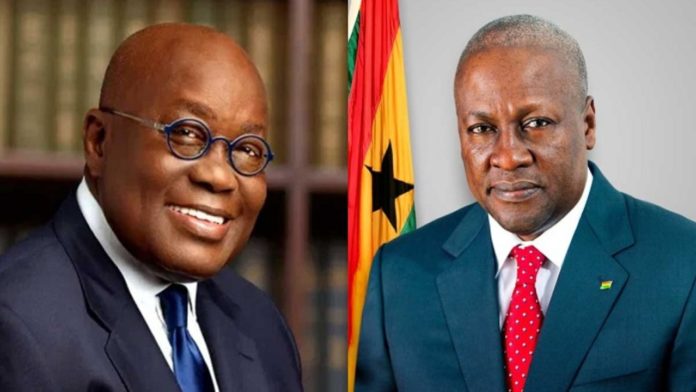 Ghanaians have waded into the debate on which presidential candidate performed better in infrastructural development via the the second wave of the Ghana Election Poll which ran online from July 1 to August 1, 2020.

A significant number of males and females (71% and 70% respectively) believe that John Dramani Mahama has a better track record on infrastructure as compared to 27% each for males and females who selected Nana Akufo-Addo.

John Mahama is generally considered as having a better track record on infrastructure across all regions.

The second wave of the scientific poll had a three-fold increase in participants as compared to the first wave which recorded 792 responses. Over 90 percent of the respondents were living in Ghana and the rest were living in countries including South Africa, Ethiopia, Botswana and Egypt.

Results for the full sample have a margin of sampling error (with finite population correction) of plus or minus 2.162%. A representative sample of the Ghanaian population of 28,956,587 – population projection as stated on page 6 of the Ghana Living Standards Survey (GLSS 7) – was achieved by weighting (matching) the data according to age and gender demographics of the 2010 population and housing census and the GLSS 7.

Click here to take part in the third wave of the Ghana Election Poll.