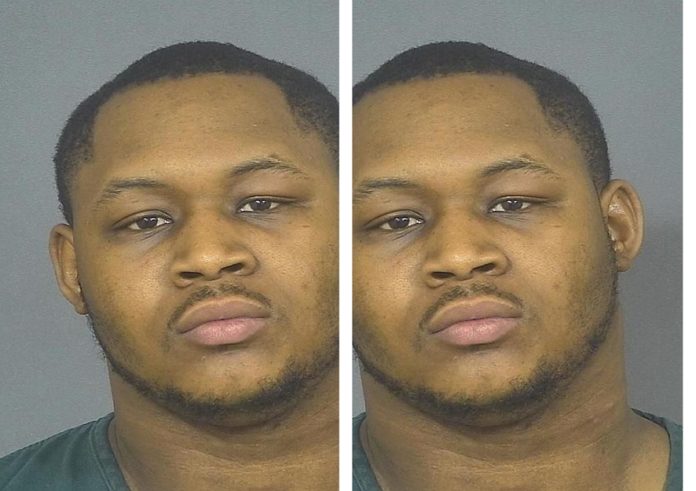 Marshun Lloyd, 26, was handed a 65-year sentence for his brutish killing of Ashley Starr, 30.

Lloyd stabbed Starr 105 times in the March 2019 murder, described the presiding judge at his trial as “an act of hate, an act of savagery,” The Associated Press reported.

Lloyd will spend the 10 years on probation after serving the 55 years.

“That is a choice, not just to kill, but to kill in the most violent manner you could possibly do so,” Hurley said.

Starr was found stabbed to death inside her home in the 4400 block of Huron Circle during a welfare check, WNDU reported.

According to prosecutors, Lloyd, who’s known to have a history of domestic violence as well as violated a protective order had sent several text messages to Starr before finally killing her.

“If I can’t have you, nobody can,” Lloyd texted Starr.

In her testimony, Starr’s mother, Christine Dotson spoke of how the death of her daughter had taken a toll on the three children she had left behind.

“Everybody asks me how they’re doing, they’re not doing well,” Dotson said. “I know they have sleepless nights, but they’re not talking to me.”

Remorseful of his action, Lloyd asked Starr’s family to forgive him.

“I want to apologize, I know it don’t [sic] mean anything, but at least I said I’m sorry,” Lloyd said. “I hope you can find it in your heart to forgive me.”

But that was a request, the family couldn’t offer during the proceedings.

“God said forgive and forget, but right now I just don’t have it in me to forgive him,” Dotson said. “She did her best to stay away from him, he just wouldn’t give it up.”