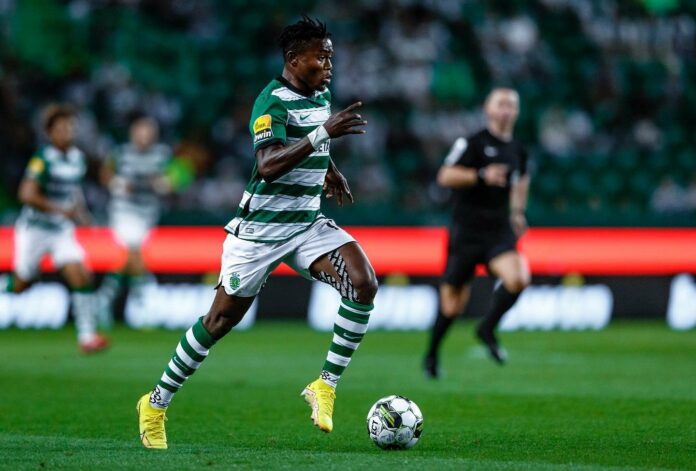 According to Portuguese news outlet, Ojogo, Everton sent a scout to watch the promising winger in the last Champions League game against Tottenham.

The 18-year-old versatile forward has been playing for both the senior and reserve team of Sporting CP Lisbon this season after joining them earlier this year.

Issahaku Abdul Fatawu was adjudged the Most Valuable Player in the 2021 Africa Youth Championship which was won by the Black Satellites of Ghana.

He took the Ghana Premier League by storm in the 2021-22 season scoring six and providing three assists in seven matches before he joined the Liga Portugal side in winter.