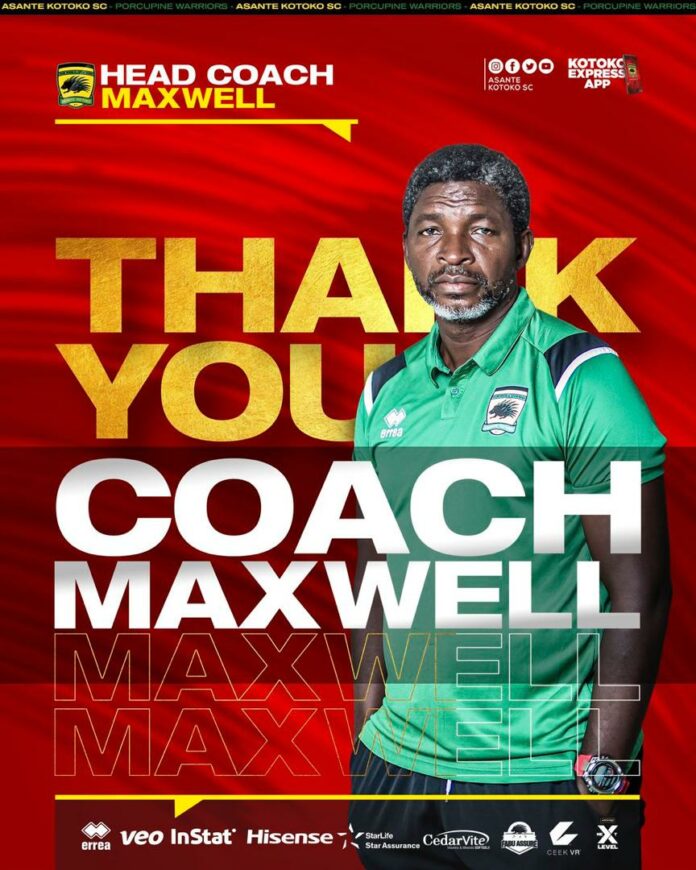 The Porcupine Warriors announced the club’s decision to part ways with the gaffer their historic loss to Accra Great Olympics in the Ghana Premier League.

Kumasi Asante Kotoko SC suffered their first defeat of the season in one of their two Ghana Premier League outstanding game against Accra Great Olympics in Accra on Thursday afternoon.

The Porcupine Warriors suffered their first defeat of the season in four games as Olympics picked their second win of the campaign after beating Kotoko 1-0 in Accra on Thursday.

Following the defeat on Thursday after, the management decided to cut the ties between both parties as assistant coach Johnson Smith have been charged to take over the club on interim basis.

Johnson Smith’s first task as Kotoko interim boss would be to take charge of the team’s Sunday afternoon clash with Dreams FC in Dawu.