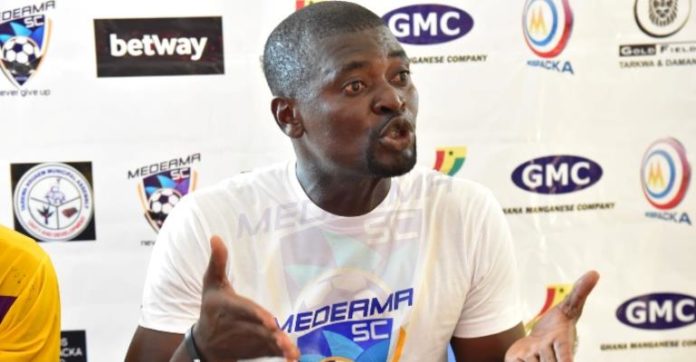 Medeama coach Samuel Boadu has been discharged from the hospital, the club confirmed Sunday.

The gaffer collapsed during his side’s encounter with Obuasi Ashantigold SC in Tarkwa on Saturday and was rushed to the hospital.

Despite his absence, his boys held their grounds to record a vital 1-0 home victory over the Miners.

The club, a few hours after the game, assured the Yellow and Mauves fans that their head coach was in a stable condition.

The club on Sunday morning confirmed that the gaffer is safe and sound and has been discharged.