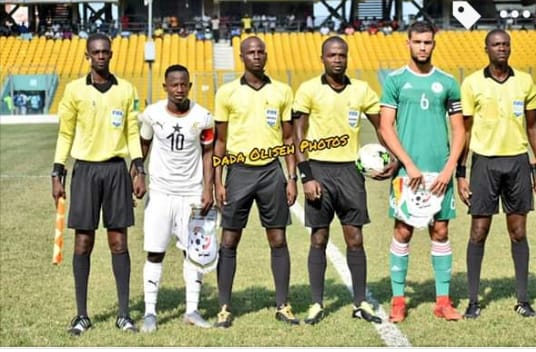 The Black Meteors chances of making it to the Under 23 AFCON in Egypt have been thrown into jeopardy after being held to a 1-1 draw by Algeria at the Accra Sports Stadium on Friday afternoon.

The game started with both sides making incursions into each other’s’ vital area but it was the Algerian attack made up of Ismail, Zakaria and Angers star Farid El Melali which looked more lively.

The North Africans took the lead in the 30th minute through Saadi Ismail as the Meteors were left to chase the game in the final quarter of the first half.

Ghana had a penalty in the 34th minute to pull even but skipper Yaw Yeboah blasted his kick over the bar to the dismay of the home fans.

With Ghana trailing, coach Ibrahim Tanko brought on Isaac Twum and Joel Fameyeh for Joseph Paintsil and Bernard Tekpetey and it yielded dividends as the attack became more vibrant.

Skipper Yaw Yeboah was brought down in the penalty box in the 67th minute and Dauda Mohammed coolly slotted home the resulting penalty to restore parity for Ghana.

Ghana nearly took the lead five minutes later through Kingsley Fobi but the stinging drive from the right-back was superbly saved by Algerian keeper Bouhalfaya Zakaria.

The return leg is slated next week for Algiers and Ghana need a win or at least a high scoring draw to sail through.

I do not expect ‘experienced’ Bagbin to satisfy ‘Mahama agenda’ –...