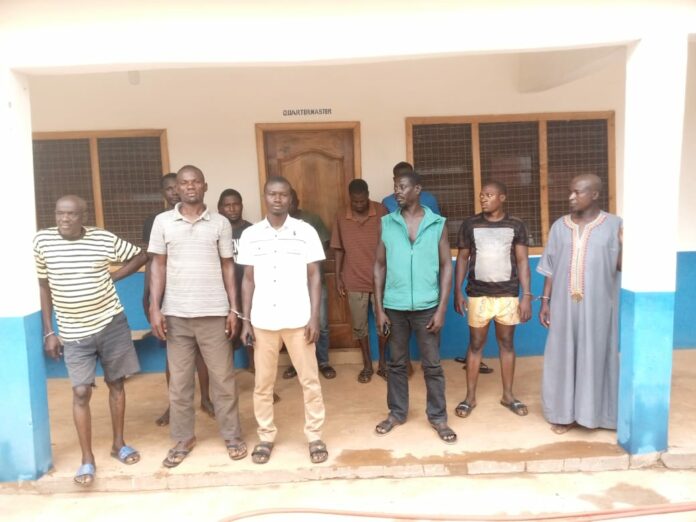 The Ghana Police Service has confirmed the arrest of twelve people linked to a recent riots that met the nomination of Zuwera Mada Nashiru, the President’s nominee for Chereponi on Sunday.

They were arrested by police officers during a Tuesday morning raid, led by the North East Regional Commander DCOP/Mr Moses Ali Kpenchi, an official statement said.

“Their violent act is believed to have been triggered by the announcement of a new District Chief Executive for the area”, the statement released by Acting Director of Public Affairs at the Ghana Police Service, ACP Kwasi Ofori said.

It comes after four people were arrested at Jamestown in Accra following a similar protest against the nomination of Margaret Sackey as the Mayor of the national capital.

“As stated earlier, the police shall arrest and prosecute anyone who breaks the law in protest of the publication of the Metropolitan, Municipal ad District Chief Executives (MMDCEs) list.

“We will also continue to pursue and investigate all criminal conducts and deal decisively with those involved”, the police statement said while commendeding the North East Regional Commander and his officers for their “commitment and professionalism.”

Let the love, peace of Christ guide our actions – Bawumia