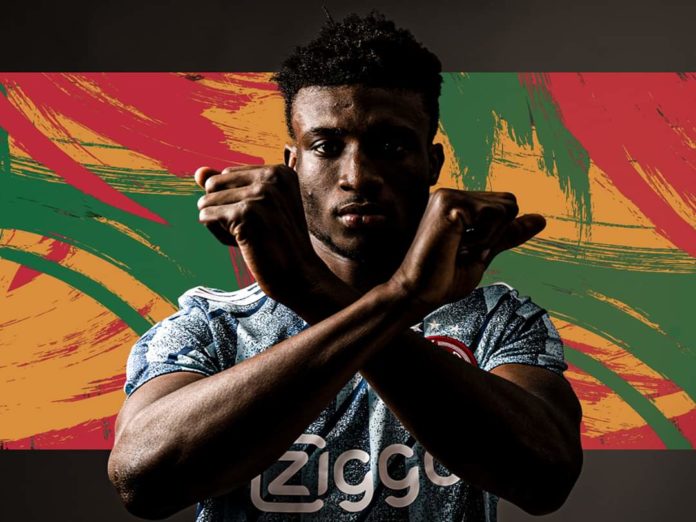 On its lush green fields, Right to Dream Academy cultivates football talent and, over the years, there has been a bumper harvest.

Here, in Akosombo, not far from the site where much of Ghana sources electrical power, young boys and girls are empowered and propelled towards heights otherwise unattainable. Right to Dream has been in the player-making business for more than two decades, starting small somewhere in Accra and now blossoming into this impressive campus. All that work, quite deservedly, has yielded an honor roll of graduates.

Many have made the leap to Europe, some to America, and with much success. A privileged few — Abdul Majeed Waris, David Accam, and Thomas Agyepong — have represented the national team, even at major international tournaments. From the lot, though, it’s hard to find one who outstandingly fits the profile of a poster boy for Right to Dream’s project.

Well, perhaps. He has played at a Fifa World Cup, after all, and also for some fine clubs. The biggest of those is his current employer, two-time European champion FC Porto, but Waris hasn’t established himself at the Estadio do Dragao. His international career, too, has underwhelmed and tailed off, despite an exciting start in 2012, the year in which he finished as topscorer in Sweden’s Allsvenskan and was named the championship’s Player of the Season.

Another candidate, though, is quickly taking aim to stake his claim, and he looks like the real deal. His name is Mohammed Kudus, and if you didn’t know him before, surely, you must have heard of the former Ghana youth international this week. Right now, he’s making all the headlines, following a €9 million move to Dutch club Ajax Amsterdam, and he could remain in the news for years to come.

Making the cut at Right to Dream is the easy part; getting into the academy is a more rigorous task. In a typical year, 25,000 wannabe stars present themselves at the 75 recruitment tournaments held by Right to Dream; only 18 get in. In 2012, Kudus was one of those. His rise, ever since, has been steady, catalysed by the sound, well-rounded education on offer at the academy.

Four years later, Right to Dream founder Tom Vernon — a former head scout in Africa for Manchester United — and his team of investors took over Danish club FC Nordsjaelland. For promising prospects like Kudus, that move rolled out a carpet to the world, and to the sort of success that the harsh realities of life and work away from home seldom affords fresh African exports.

It’s a problem some former products of Right to Dream have had, especially those who made the leap straight to big European sides, with Manchester City once a popular destination. There, among the Citizens’ expensively assembled galaxy, they barely flicker and never quite settle, going on a series of loan moves until they are offloaded into relative obscurity. It’s the story of players like Yaw Yeboah; soon, it will be Agyepong’s.

That all changes with Right to Dream’s partnership with Nordsjaelland, which now provides a surer route to the top. The atmosphere at the Danish club is very conducive, even perfect, for the objectives Right to Dream seeks to achieve. Nordsjaelland might only be 17 years old, but the club is already quite accomplished — top-flight champions in 2011/12, and with a couple of continental campaigns under their belt — to keep things competitive, while its unwavering focus on grooming anchors the club to its ideals.

When that process works out as it should, all things being equal, phenomena like Kudus result. Playing in Denmark, and excelling as he has since moving to the eastern town of Farum in 2018, the young man was always going to turn heads. A flattering number of elite European clubs, in an era when the rush for the ‘next big thing’ is as frenzied as ever, came courting. Life in the Dutch Eredivisie, and with record winners Ajax, held the strongest appeal, as has been the case for quite a few Denmark-based footballers over the years.

Ajax isn’t the biggest club in Europe, but they’ve won the UEFA Champions League more times than most teams and, more relevantly in this context, nobody does investment in youth better than they do. And that’s why, when Ajax plays, everyone pays attention. A recent resurgence in its European fortunes has earned them an even wider audience, along with good cash from the sale of its gems to bigger clubs.

It’s that pool of opportunities in Amsterdam — nothing like the environs in Nima, Ghana where he grew up — that Kudus seeks to tap into. At Ajax, a club not unlike Nordsjaelland in its operations and principles, and where good enough is old enough, Kudus should fit in well. He is aware of his own strengths, and that’s a start.

“I like to dribble, take players on, create chances, and also pass,” Kudus told Ajax’s media team on Thursday, following his unveiling at the Johan Cruijff ArenA.

There’s one asset of his he didn’t mention, however: versatility, of a very special kind. For a player who identifies as an attacking midfielder, Kudus – according to transfermarkt.com — has spent more time in central midfield and even at centre-forward, and that could open up slots for him all over the pitch. Add that to the ‘magic’ he sprinkled at Nordsjaelland, which he promises to bring his new club, and it’s obvious Ajax is getting a special talent.

De Godenzonen also have much to offer in smoothening Kudus’ rough edges, of course. And, speaking of ‘smooth’, Kudus has hit the right notes with Ajax fans, after refusing to pick the number ’34’ shirt in a nod of respect to Abdelhak Nouri, the Ajax youngster who, until recently, had been comatose for a lengthy period that followed an on-pitch collapse in July 2017.

He didn’t have to, really, especially because Nouri’s contract has just been cancelled by the club, and that’s more than just Kudus’ own humanity on display. It’s also testament to character development, the other thing that Right to Dream instils in their trainees.

“By developing an individual’s character, we give them a foundation and a framework for success,” Keith Sharpe, Group Head of Character Development, explains on the academy’s website. “It’s not just about creating a winning mentality, but a positive mindset to achieve more, and to help others.”

And so Kudus picked the No.20 shirt, flanked by Sergino Dest (who he has already called out for a shot at Ajax’s ‘king of FIFA’ crown) and Dusan Tadic in the dressing room. Such company should feed his ambition, as should the ‘Wakanda’ mentality that defines the crossed-arm pose with which he celebrated goals for Nordsjaelland.

“It means I’m unbreakable,” he explained it, in part.

Kudus has every reason to feel confident and formidable. You would, too, in his boots. The 19-year-old is at a stage in his career where things don’t look like they could go wrong; hopefully, they don’t. He only made his senior Ghana debut in November 2019, marking the occasion — a 30-minute cameo in a Nations Cup qualifier against South Africa — with a goal that summed up all he is about. That double delight came with extra sparkle, that of being the first player born in the 21st century to represent, and score for, the Black Stars.

Clearly, then, Kudus has the potential to be the face of, not just Right to Dream, but a new generation of Ghanaian footballers.

Police to reduce robbery response time to 10 minutes in Ghana...