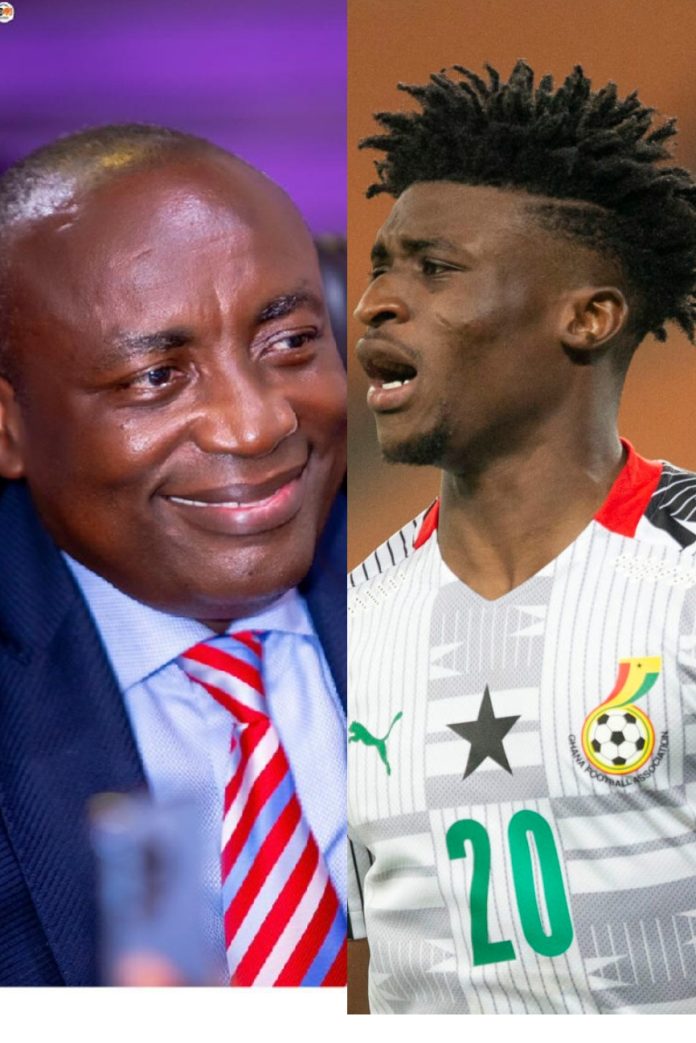 Veteran Sports Broadcaster and Politician Kwabena Agyapong says youngster Mohammed Kudus is the best and most talented player in the Black Stars team.

He said that he believes the AFC Ajax Amsterdam youngster is a good player and the best most talented player among the Black Stars players in his opinion.

Kwabena Agyepong went ahead to suggest that Kudus should be used as the number 10 for the Ghana team due to his dribbling abilities.

He also started that the Ajax star can shoot but must learn to release the ball at the right team as he hangs into the ball for too long.

“I think Mohammed Kudus is the best and most talented player in the Black Stars team”, NPP’s Kwabena Agyepong said on Good Evening Ghana on Metro TV.

“Kudus should be deployed as the number 10 of the team because he’s very intelligent dribbler and can shoot very well”,he added.

“Nonetheless, I think he holds onto the ball for too long and must learn to release the ball at the right time” he advised.

The former Sports Broadcaster also singled out Gideon Mensah for a special praise following his impressive showings in the Black Stars jersey in recent times.

Kudus scored twice in the 2023 Africa Cup of Nations qualifiers against Madagascar and Central Africa Republic respectively and is expected to play a big role in Qatar later this year for Ghana.