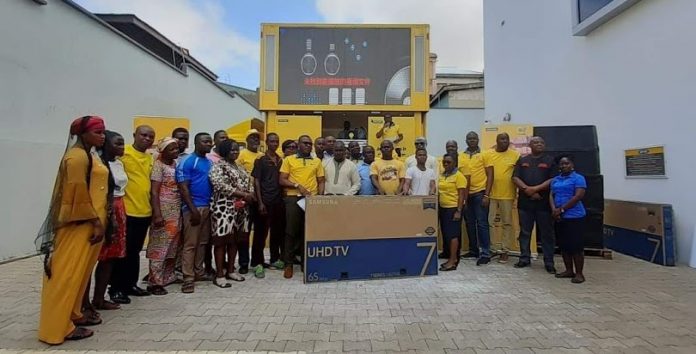 Telecommunication giant, MTN Ghana, says it is excited at the level of awareness mobile money (MoMo) patrons have had concerning fraud.

According to the network, its continuous education on MoMo fraud has paid off, hence the dwindling cases it has recorded in recent months.

Some of these fraudulent cases have been categorized advance fee scams, overcharging by merchants, identity theft and cash out theft.

General Manager for Sales MTN, Northern Sector Nii Adotey Mingle, told Ultimate Business: “Almost all the prize winners we called, we had a hard time reaching them, they resisted until we managed to let them understand that it is MTN which is calling. That is an indication that the education we’re doing is sinking and people are getting a good understanding of the fact that when they get a call, they should verify before they accept to speak to the person on the other line”

“The calls that come, the report we get for fraud on a daily basis has been going down. Initially when you go to the agent, the agent initiates cash-out for you, but we’ve reversed it; so it is you who initiates cash-out”, Mr. Adotey Mingle stated.

3 lucky subscribers of MTN Ghana on Thursday received brand new Hyundai i10 vehicles each in the just-ended MTN MoMo at 10 Promotion.

The 3, Jones Dwomoh, Alhaji Abdullai and Hafiz Nuhu were all from the Ashanti region.

MTN launched the MTN MoMo at 10 promotion in June 2019 to reward its loyal customers for sticking with the service in its 10 years of operation.

Nii also mentioned: “Largely our expectations have been met. MoMo is 10 years and obviously in our 10 years journey, our cherished customers and stakeholders have brought us this far.”

He further assured: “The MTN network is as solid as it can ever be; we’re the market leaders in the mobile financial space. Mobile money will stay strong.”

Launched in 2009, with less than 100,000 subscribers, MTN started its mobile money operations with two major products, being the money and airtime transfers.

A decade down the line, the network can now boast of over 14 million active MoMo users and a myriad of services including pensions, investments, loans, bills payment and so much more on the MoMo platform.

Aside the 10 that were given out in June, July and August, subscribers won smartphones, television sets, cash, MTN branded souvenirs and so much more.