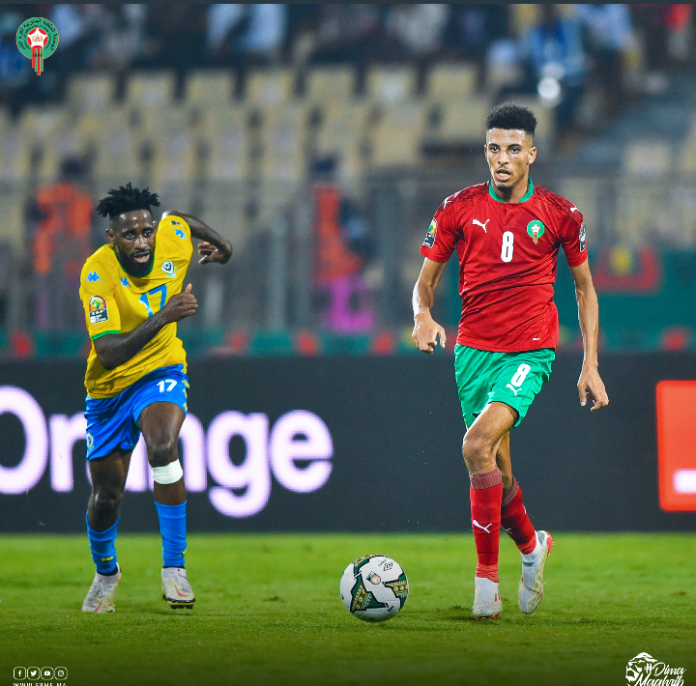 The Atlas Lions of Morocco ‘Dined’ with the Panthers of Gabon as they danced into the knockout stage of the ongoing Africa Cup of Nations tournament in Cameroon.

Morocco had ready qualified to the round of 16 stage of the competition after beating the Black Stars and Comoros in their opening two matches of the tournament but needed a point to finish as group winners.

Gabon on the other hand had to pick a point to secure automatic spot in the next round with Ghana lurking on their shoulders going into the tie.

Jim Allevinah, the guy who broke the hearts of Ghanaians when Gabon played the Black Stars last Friday showed his exploits against Ghana was not a fluke as he broke the deadlock of the match to put the Panthers ahead 21 minutes.

Sixteen minutes away from full time, Sofiane Baufal, another Ghana heart breaker converted a spot kick to level matters for the North Africans inside 74 minutes.

Naïf Aguerd scored at the wrong end of the field as his own goal restored Gabon’s one goal advantage with nine minutes to go and the score at 2-1.

PSG star, Achraf Hakimi netted his first goal of the tournament on the 83rd minute to make sure the two teams shared the points with Morocco wining the group and Gabon taking second place as it ended in a 2-2 stalemate.