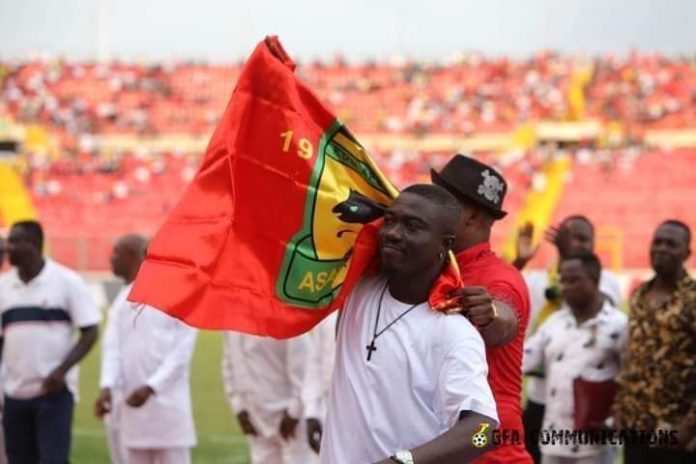 The former Accra Hearts of Oak SC player revealed that since he couldn’t play for the Porcupine Warriors, he will allow his children to Don the famous Red jersey.

Former Hearts of Oak star Bernard Don Bortey on Oyerepa FM: “I regret not playing for Asante Kotoko but my child will play for them”.

He was seen celebrating with Asante Kotoko SC when they celebrated their first league title in eight years last Sunday at the Baba Yara Sports Stadium in Kumasi.

Despite being a Hearts of Oak SC legend, Bernard Dong Bortey availed himself for the trophy celebration and revealed he now belongs to the Porcupine Warriors family.