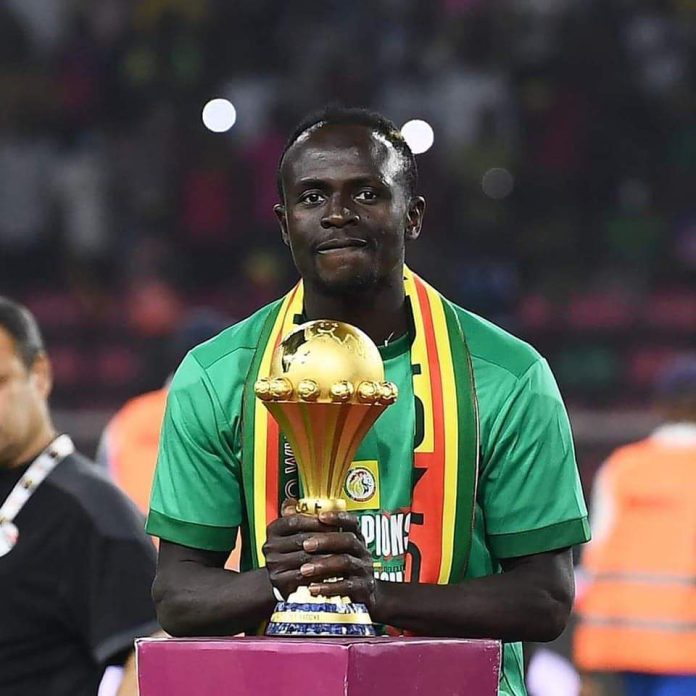 Senegal talisman Sadio Mane has revealed that the trophy he prefers in his career is the Africa Cup of Nations trophy he won with his country on Sunday night in Cameroon.

The Liverpool missed a crucial penalty kick which could have changed the face of the game in the early stages of the 2021 final of the 33rd CAF Africa Cup of Nations against record Champions, Egypt.

In the 5th minute of the match, Aliou Ciss was brought down in the box but Mane’s effort was thwarted by the Egyptian goalie before the Liverpool scored the winning penalty during the shootouts to redeem his image in helping the Teranga Lions win their first Africa Cup of Nations.

After the ecstacy and joy, the Liverpool winger has rated the AFCON trophy to all other silverware he has won in his beautiful career so far including the 2019 UEFA Champions League trophy and 2020 English Premier League title.

“It’s the most beautiful day of my life. Of all the cups I have won, I prefer this one by far… As a child, I cried when the national team lost a football match,” he admitted.

The West African nation emerged shootout, 4-2 winners on penalties after both teams could not find the back of the net in 120 minutes.

It was Edouard Mendy’s save and Mane’s decisive kick which won the game for the first time winners.