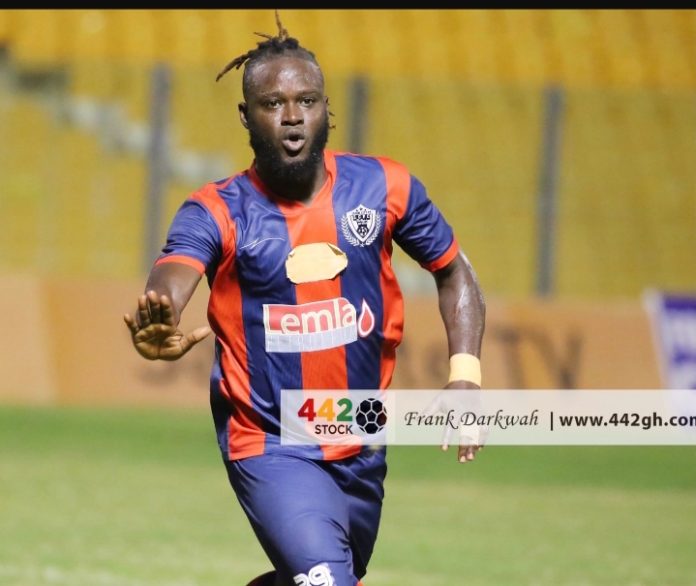 Ghana Premier League side Legon Cities FC star player Hans Kwofie claims his wife has sacked him from the house due to lack of money.

The experienced player has caused a stir with his comments claiming the wife has decided not allow him to come home empty handed.

According to him, the club owes him seven months salaries in addition to his signing on fee. This, he says has stopped him from going home because the wife has sacked him.

The player mentioned in an interview with Accra-based Angel FM that he depends on the wife for Money and feeding.

“[The] Season has ended but can’t go home”

“My wife has sacked me from the house. She says I shouldn’t come home because I’ll end up depending on her. I’ve not been paid for 7 months at Legon Cities” Kwofie said.

Kwofie won the Premier League Golden boot in 2017 with 17 goals during his days with Ashanti Gold SC.