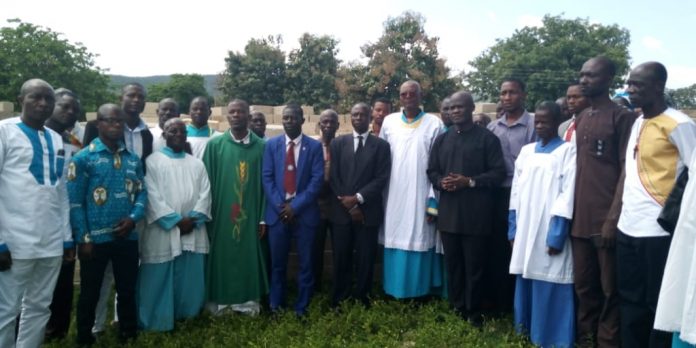 Member of Parliament for Banda, Ahmed Ibrahim, has supported calls for management of mission schools, be handed back to religious bodies.

The Deputy Minority Chief Whip believes the institutions when managed by these missions will arrest declining moral standards in schools.

There has been widespread agitation and anxiety among Ghanaians following the purported introduction of the controversial Comprehensive Sexuality Education (CSE) in our school curriculum.

While the managers of the educational sector are firm in their position that the CSE is not in the approved curriculum, an earlier rumour of the possible ‘smuggling’ of the CSE into the curriculum was so strong that whatever information that came from the Ministry of Education was of no substance to the populace.

“So clearly, moving forward, what we should do is that we must restore all the mission schools back into the missions. [We must] make sure every church and every mission train their children according to their religion. Religious and Moral Education must be incorporated into the curriculum”, said Ibrahim while donating building materials to three selected churches at Banda Ahenkro in the Bono Region.

He continued, “the Comprehensive Sexuality Education is in the syllabus. We must withdraw it gently and apologise to the missions and the faith-based organizations and make sure we inculcate the spirit of God fearing into our children”.

The NDC lawmaker’s remarks appear to be in line with the New Patriotic Party’s (NPP) 2016 manifesto pledge.

The reiterated commitment will be nothing short of excitement for religious leaders especially the Presbyterian and Methodist churches who have been pushing for a return of their educational assets.

Christian Council of Ghana has been advocating and pleading for the reversal of a 1984 take-over of their schools set up during colonial rule to provide Christian education.

Now the backbone of elite group of Senior High Schools, the mission schools are under the Ghana Education Service.

Christian leaders have expressed worry at the deterioration of discipline and moral values in their legacy.

In 2017, Education Minister, Dr. Matthew Opoku Prempeh said at a press conference in Kumasi that a contract is expected to be signed between the government and religious bodies to formalise the hand-over.

He, however, did not give a timeline for the pledge.

Jeffrey Schlupp: “All in all, it has been a good season...