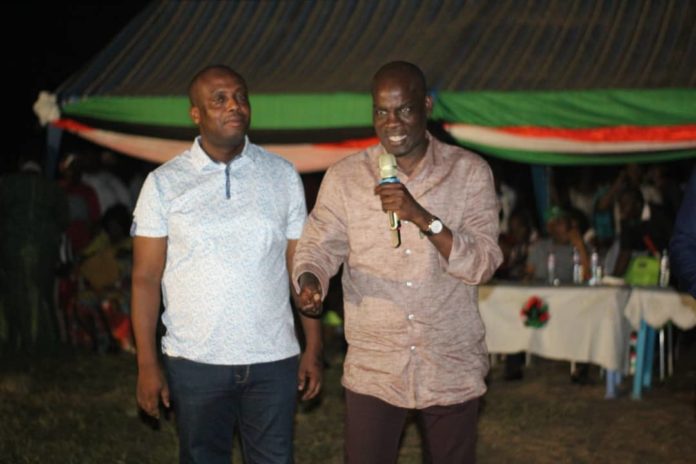 The Minority Leader in Ghana’s Parliament, Haruna Iddrisu, has warned the opposition National Democratic Congress (NDC) will not accept the outcome of a fraudulent election.

He said the party will simultaneously declare its results if the EC dares to declare a rigged outcome.

According to Iddrisu, the NDC led by its flagbearer John Mahama is winning the 2020 election, reiterating the party’s commitment to peace.

“A credible voter register is a minimum requirement to the conduct of free and fair elections. We are committed to a peaceful election; we will not accept the outcome of fraudulent election in this country. We will not.

“And this time, let them dare that they will declare results, we will simultaneously declare and see what happens to the state even as we remain committed to the peace of the country. They should not take the NDC for granted this time round. We are committed to the peace; we are committed to the democracy,” the Tamale South MP said when the Minority MPs as part of the their three-day visit to Asuogyaman, joined the MP for the area, Thomas Ampem Nyarko, to graduate some 25 youth sponsored and trained in various vocations under the M’s job creation initiative dubbed ‘Thomas Ampem Nyarko Youth Skill Development and Empowerment Program’.

He questionedthe motive behind the EC’s entrenched position on the compilation of a new voter’s register, arguing that if the EC thinks the current register is not credible then it brings into question the legitimacy of President Akufo-Addo and the District Level Election.

The Lawmaker explained that the EC deliberately failed to utilize budget allocations approved for it in 2018 and 2019 to build a credible and strong data center just to turn around to claim the data center is faulty.

“The Electoral Commission in 2018 and 2019 failed to use the budget to build up credible and strong data center. That was deliberate. So you don’t wake up and say that there is a faulty data center it is faulty because you refused deliberately to spend money dedicated and allocated for that purpose.”

He added: “You cannot take 10 months to build an IT system for a country. That is not a banking IT system or a Hospital IT system. You are building an IT system which comprises Data system, hardware and software. When will you test it?

He hinted that, “If the NDC win in 2021, we will start preparing Ghana even for Electronic voting to reduce and eliminate fraud associated with elections in this country. If they want full-fledged electronic system we are ready to debate them but not this period because the timing is not right and we are not technically convinced about their arguments of the register not being proper”.

The MP for Bolgatanga Central, Isaac Adongo, called on Ghanaians to reject the Nana Akufo-Addo –Bawumia led government’s second term bid to avert the collapse of the country due to high level of corruption and open thievery happening in all sectors of the economy.

The MP for Asuogyaman, Thomas Ampem Nyarko, accused the ruling NPP government of abandoning all infrastructural projects started by the Mahama-led government. He called on the electorates not to gamble with the Asuogyaman seat.

700 new hotel restaurants and bars will be opened in Africa...

Ghana’s Barnes hit brace to send Academica out of relegation

No ambulance: 2 perish in gory car crash in Ashanti Reg.;...