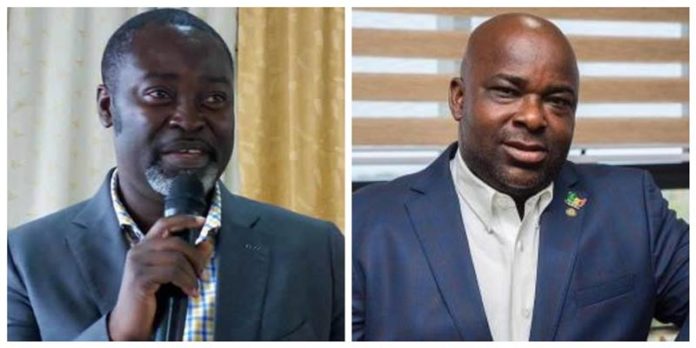 Reports reaching us indicate that the Municipal Chief Executive of New Juaben South in the Eastern Region Isaac Appaw Gyasi has urged the  Executive Secretary of Freezones Authority Michael Okyere Baafi to run as an independent candidate if he loses Saturday’s parliamentary primaries.

Mr. Baafi is contesting the seat, which is currently occupied by Mark Assibey-Yeboah, who is also the chairman of the Finance Committee in Parliament.

The MCE joined the NPP national youth organiser Henry Nana Boakye and a number of NPP Regional Organisers to publicly campaign for the Freezones boss in Koforidua over the weekend.

In a response the MP’s office said: ”Its unfortunate that a government appointee would have such mindset”.

Saturday’s Parliamentary Primaries will conclude arrangements for the ruling party’s preparedness for the December poll.