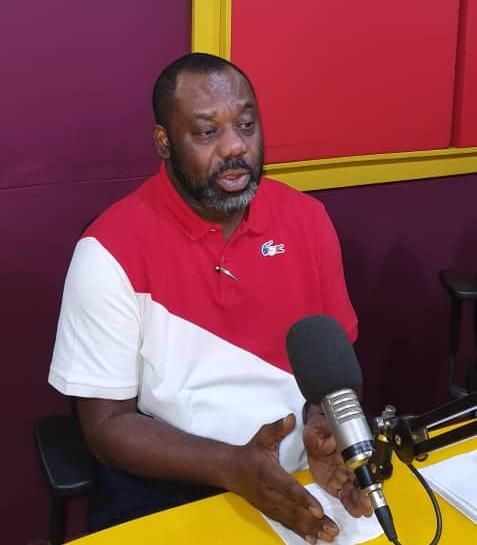 Former Ghanaian leader John Mahama will be described as the country’s biggest hypocrite of all-time if his name is found in the controversial new voters’ register in April.

According to the Education Minister, Dr Matthew Opoku Prempeh, the comments and opinions espoused by members of the NDC concerning the controversial new voters’ register are nothing short of hypocrisy and arrogance on the part of the opposition.

Ghana’s Electoral Commission has announced plans to compile a new voter roll on April 18 this year amid rising concerns of cost, timing and among others.

The opposition National Democratic Congress (NDC) is leading six other political parties to kick against the move. Other civil society groups have also described the decision as defective.

But speaking on Kumasi-based Pure FM and monitored by Dailymailgh, Dr Opoku Prempeh observed that the numerous threats and intimidation resorted by the parties will not terrify or frighten the EC and Ghanaians.

The Education Minister also challenged the NDC flag bearer to go out and register against his own stance in concert with the other smaller parties and other interest groups.

“Go and see how they [NDC] are frantically mobilising their members ahead of the exercise. I was hoping President Mahama will tell NDC supporters to boycott the upcoming registration exercise. That is very easier. But I will find it very interesting if voters’ register opens and President Mahama registers. It will be the greatest hypocrisy of all-time,” the lawmaker stated.

“Why do you have to organize a demonstration, potentially hurting people that you don’t want a new register when you can decide to tell your people to boycott the exercise,” he quizzed.

The MP’s remarks appear to corroborate with the Eminent Advisory Committee of the Electoral Commission (EC) that announced that “majority of the members of the Inter-Party Advisory Committee (IPAC) agreed on the need for a new Voter Management Solution.”

The announcement was contained in a release following its engagement with members of IPAC last Thursday.

The engagement was held at the behest of the eminent persons following the opposition by the National Democratic Congress (NDC) to the compilation of a new voters’ register which the EC and most Ghanaians think is necessary because of several factors, including the lack of credibility for the current system.

The meeting formed part of ongoing discussions on the justification for the EC to acquire a New Voter Management System to compile a new voters’ register for the 2020 general election.

Some IPAC members, the release pointed out, wanted the EC “to put in place adequate safeguard measures to ensure data security and integrity.”

IPAC members, it turned out, made critical inputs and comments towards the improvement of the process demanding, especially that “EC clarify certain technical and administrative issues related to the process.”

The foregone is in sharp contrast to the impression created by the NDC National Chairman Samuel Ofosu-Ampofo when he spoke to the media after the meeting that “no consensus was reached.”

Some observers have said that the CSOs themselves have never presented a united front since the issue of a new register was put on the table by the EC and those opposed to the project have already made up their minds and not ready to countenance opposing views.

It would be recalled in an earlier engagement with the EC that CSOs turned up at an Alisa Hotel meeting with an already prepared statement opposing the new register when the commission had not even explained issues to them.

Even before the end of the meeting, they had organized a press conference to present their entrenched position.

Observers of the development wondered whether there can be any meaningful outcome with a coalition which prefers acting ‘ungentlemanly’; the Alisa Hotel occurrence being a case in point.