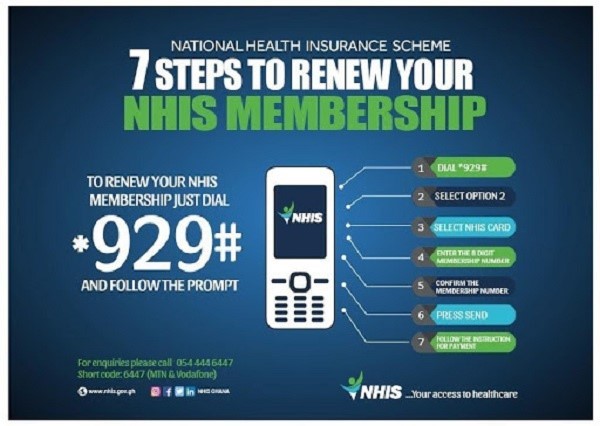 In terms of cumulative number of Mobile Renewals, GA District in the Greater Accra Region recorded 184,302 followed by Techiman in the Bono East Region with 183,386 renewals.

Tema in the Greater Accra Region recorded was placed third with 167,421 cumulative number of renewals compared to Bantama in the Ashanti Region with 153,900 respectively.

Obuasi District in the Ashanti Region came third with 94.7% while Bibiani-Anhwiaso Bekwai and Jomoro Districts both in the Western Region recorded 94.6% draw.

With regard to categorization, children below 18 continue to record the highest number of Mobile Renewals followed by the informal category (people outside SSNIT contributors’ bracket) and the SSNIT Pensioners group lagging behind.

By simply dialing *929# on any mobile phone and paying from the mobile money wallets to stay active, the Mobile Renewal Service platform offers ease and convenience to members and also gives members the opportunity to provide feedback on their attendance to the NHIA credentialed service providers.

The multiple awards winning platform which has without doubt saved the Scheme’s members time and resources, by its very nature, has substantially cut down the operational cost of the NHIA.

Nduom: I’ve not tweeted to compare Naana Opoku-Agyemang with Bawumia

COVID-19: Ghana welcomes back 856 stranded citizens across the globe