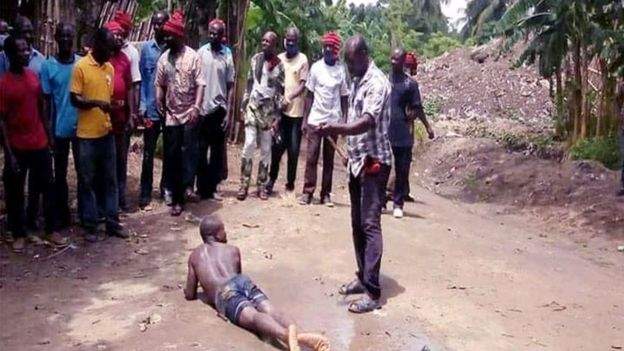 A Nigeria pastor has told the BBC about how he was tortured and flogged for two hours because of Facebook posts in which he criticised a local official for failing in his duty to build roads.

Okochi Chukwu Obeni said a local traditional council in the Afikpo North area of the south-eastern state of Ebonyi called him to a meeting.

“They made me lie on my back and face the sun. After that gave me 50 lashes, tied my hand to the back and made me lie in filthy water for over two hours,” he told the BBC’s Igbo service.

“The people that filmed the whole incident… they forced me to recant the posts I made,” the pastor said.

“Right now, I am in the hospital, and I am yet to regain full use of my hands.

“A human rights group helped me with the initial hospital expenses but every other expense has come from my pocket.”

The video of his flogging caused outrage on social media and 10 people were arrested on Wednesday for their involvement in the incident.