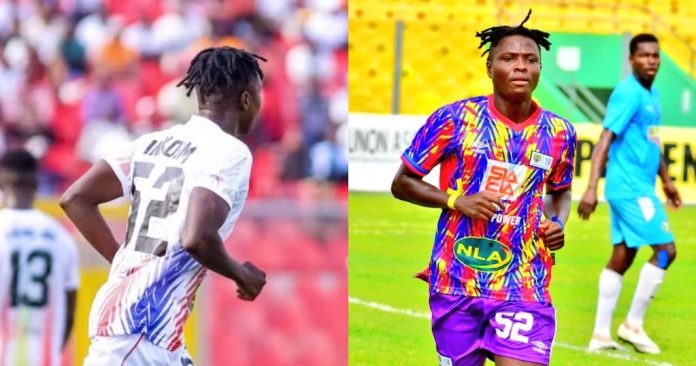 Former Kumasi Asante Kotoko SC defender Samuel Inkoom says players of the club got dazed after eating Apples given to them in Algeria.

The now Accra Hearts of Oak SC defender claims players of Asante Kotoko were dazed when they ate apples given to them by their Algeria counterparts.

According to him, the Kumasi-based club were in Algeria to play in the Africa Inter-continental club competition in Algeria and faced an unfamiliar treatment in the northern part of Africa.

Hearts of Oak Right-back  Inkoom to Asempa FM: “When I was with Kotoko, we went to Algeria and they brought us apples in the dressing room. After eating it, for 20 minutes we were dizzy while warming up.”

Inkoom was a consistent performer for Kotoko in the late 2000s and has shared his experience in playing against North African teams in the CAF Confederation Cup and Champions.

He’s likely to play for the Phobians in the CAF Confederation Cup competition this season after beating Bechem United FC to lift the covetous MTN FA CUP trophy.