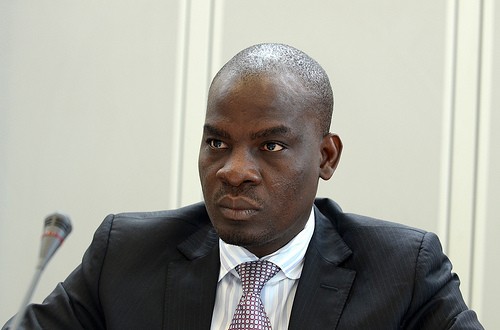 The National Democratic Congress Caucus on Thursday insisted that the NPP Group cannot claim a majority in the House despite a letter by Mr Andrew Asiamah Amoako, the Independent MP for Fomena to associate with the New Patriotic Party (NPP) Group in Parliament.

Mr Asiamah Amoako had written to Speaker Alban Begin to associate with the New Patriotic Party (NPP) Side in the House.

“I Andrew Asiamah Amoako, an Independent Member for Fomena Constituency and now the 2nd Deputy Speaker for the same Parliament do hereby declare that I shall to transact business in the house associate with the NPP in the Eighth Parliament.”

“For the avoidance of doubt, I do hereby affirm that I shall cooperate and collaborate with the NPP Caucus in the Eighth Parliament,” he said in the communication to the Speaker.

His request to the Speaker raises the NPP’s numbers to 138 to lead with one more MP in the numbers over the NDC, but Mr Haruna Iddrisu, Leader of the NDC Group says “there is nothing like Majority Caucus or Minority Caucus in either the Standing Orders of Parliament or in the Constitution.

He added: “Indeed, official records of Parliament would simply record that NDC has 137 seats, NPP has 137 and there is Independent MP.”

Mr Iddrisu made the point a presser at the Parliament House in Accra to react to some developments relating to the Eighth Parliament.

The Eighth Parliament of the Fourth Republic of Ghana, inaugurated on January 7, 2021, resumes Friday, January 15th, 2021, after a one-week break following its sitting after the inauguration.

Without a clear majority or minority in the House, reports of two meetings by the leadership of the House, have made the rounds.

While the NPP says it would soon become the majority with the communication from the Fomena MP to side with it, the NDC insists that the House still is a split parliament.
The speaker is expected to announce the independent candidate’s decision to do business with the NPP in the House tomorrow, Friday, January 15th.

Mr Iddrisu said: “You would recall that a week ago, on January 7, 2021, the Clerk to Parliament read a letter from the Electoral Commission.

“The said correspondence in the National Democratic Congress (NDC) has 137 seats, the New Patriotic Party (NPP) also has 137 seats and there is one Independent MP. Thus: NDC – 137 NPP – 137; and Independent – 1.

“From that official correspondence from the Electoral Commission neither the NDC nor the NPP has majority seats in Parliament.

The NDC Group Leader added: ”I am sure he is mindful of article 97, clause (1)(h) of, the 1992 Constitution which provides that: “A member of Parliament shall vacate his seat in Parliament if he was elected a Member of Parliament as an Independent Candidate and joins a Political Party.”

He added: “The composition should reflect beyond mere numbers and cover other factors including even leadership of committees because as we have 137,137, who chairs and who leads? We are equal.

“You must appreciate that parliament is a uniquely distinct and separate organ of the state. We are the legislative organ and the way we do our business is a matter that reflects our strength and size.”

He added that beyond mere numbers are other factors including leadership of committees.

“The composition of the Committees shall, as much as possible, reflect the different shades of opinion in Parliament.

Mr Iddrisu said given the current numbers, there must be strict sharing of the leadership of the Select Committees by the two sides of the House. Out of the 16 Select Committees, the NDC should chair 8 while the NPP would also chair 8.

This would be a true reflection of the different shades of opinion in the current Parliament as envisaged in the 1992 Constitution under article 103 (5) and Order 154 of the Standing Orders of the House.

“ Indeed, regarding the other factors on reflecting the different shades of opinion in Parliament,” we would implore on the leadership of both sides to endeavour to nominate qualified persons to serve on the committees while considering gender, age distribution, experience, regional balance, among other factors,” Mr Iddrisu, who is also the MP for Tamale South, said.

The NDC Caucus congratulated Speaker Bagbin on his election as Speaker and affirmed its unflinching support and continuous cooperation with him.