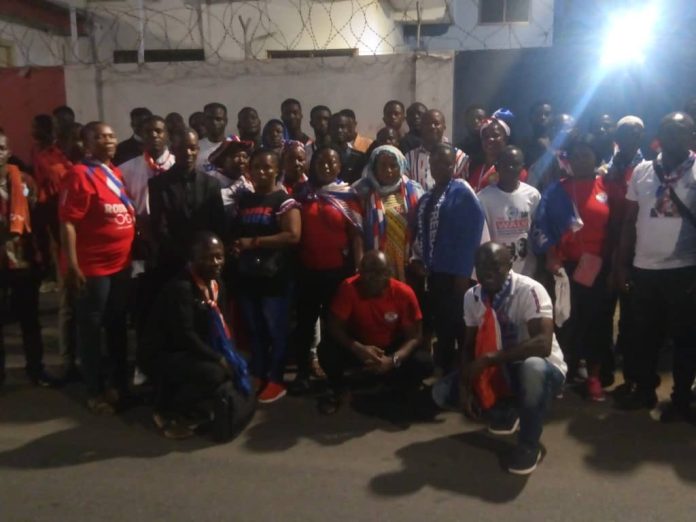 Some members of the ruling New Patriotic Party, NPP, in the Kwadaso Constituency of the Ashanti Region have picketed at the party’s headquarters in Accra in protest against recent happenings in the just ended polling station elections.

The aggrieved members had accused the nine-member committee supervising the election in that constituency of circumventing the party’s electoral rules to favour MP for the area, Dr. Kingsley Nyarko.

In a video obtained by dailymailgh.com the group were seen at the Asylum Down office Thursday dawn to register their displeasure against the Gifty-Ohene Konadu-led committee.

“We are in Accra, the party headquarters to present a petition on the just ended polling station elections organized by the party nationwide. We the people of Kwadaso did not vote. The chairperson who was elected to lead us, Hon Gifty Ohene Konadu, did something we think was unconstitutional and since the leaders of our party derive their powers from the constitution, we want them to follow the laws”, said Convener of the group Abu Mahama.

“So we have petitioned the regional office and copied the headquarters to draw their attention to the illegalities that went on so that it would be averted as we ‘break the eight’ and consolidate the gains in our party”, he added.

The petition is expected to be presented to the office of the Director of Elections for further action, a source told dailymailgh.com.