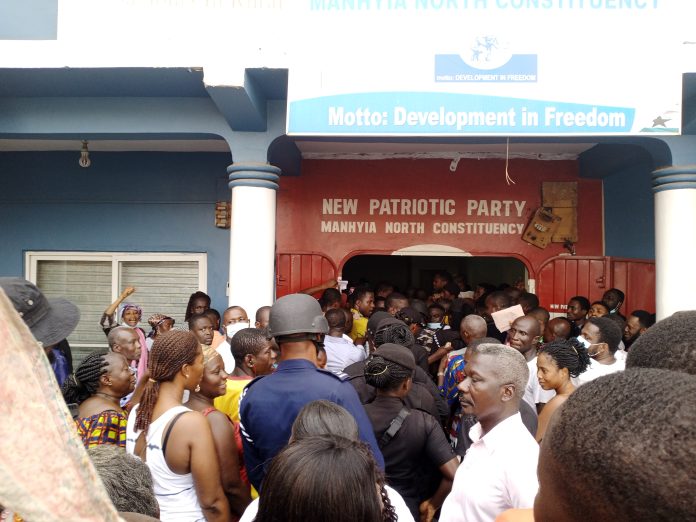 The governing New Patriotic Party (NPP) has postponed the election of polling station executives in the Ashanti Region until February 25.

This is to allow party members who want to run for polling station executive slot, to participate, according to the Ashanti Regional Chairman Bernard Antwi Boasiako.

Confusion broke out in the Manhyia North Constituency Sunday as party members clashed with executives over nomination forms.

There has been similar protests in other Constituencies in the region as the party seeks to reorganize its base.

In an interview however, Mr. Antwi Boasiako is hopeful that all outstanding issues would have been resolved.