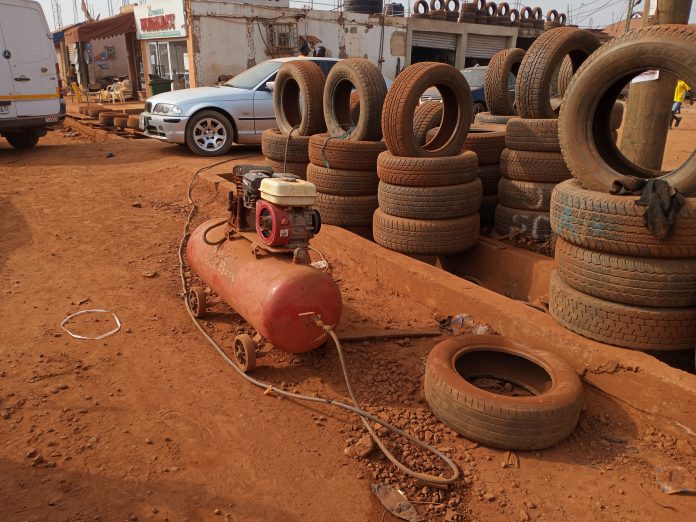 Activities of vulcanizers across Ghana would be regularized, the National Road Safety Authority (NRSA) has said as it plans to issue a practice permit to help improve their services.

The initiative, according to the NRSA, is aimed at reducing the carnages on roads.

An operational audit conducted in 2021 revealed that quite a number of vulcanizers and tyre technicians had little or no professional idea about their activities, which goes a long way in contributing to the number of road crashes being recorded in the country.

Speaking to the media at maiden capacity training at the CLOGSSAG Hall in the Ashanti regional capital in Kumasi, Acting Director of Regulations at the Authority, Kwame Kodua Atuahene, indicated that the Authority considered the training and capacity building to curb the carnages on our roads.

“The issue of road safety rests not on only drivers, but vulcanisers have a huge and vital role, hence the need to upscale road safety education to cover all stakeholders in the sector. The training will continue across the country and we’re confident that by the time we’re done, these vulcanizers may acquire more knowledge on tyre fixing and it’s associated operations,” he said.

He added that the Authority will continue to engage various stakeholders to help reduce accidents in the country.

The Acting director said the Authority will unionise these vulcanizers, and continue to give them the training to enforce the tyre standards and extend the training to drivers and users on our roads.

Road accidents are common in the West African country.

A recent statistics provided by the Ghana Police Service indicates that more than 2900 people were killed as a result of road accidents.

Bad roads, rickety vehicles and human errors have been identified as the various causes of carnages on the country’s roads.