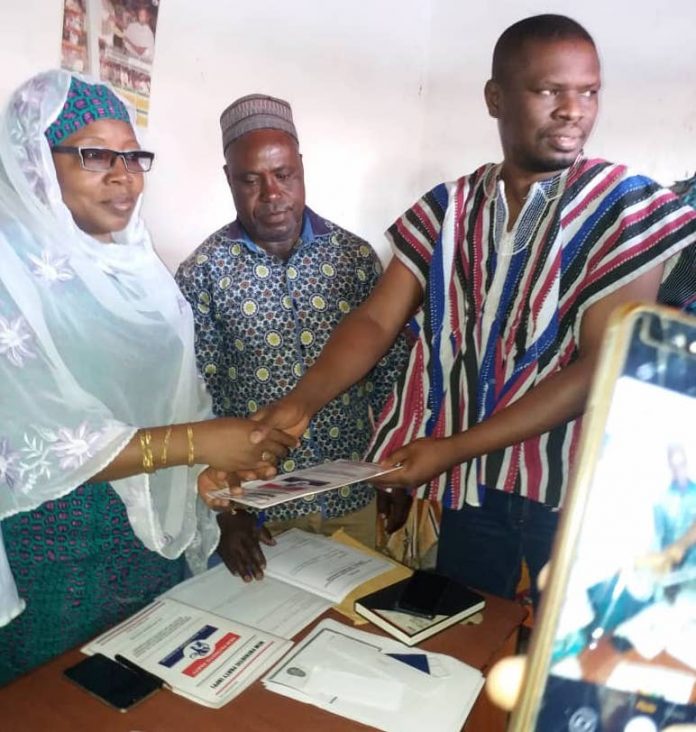 Members of the New Patriotic Party (NPP) in the Yagaba/Kubori Constituency have declared their unflinching support for Mustapha Ussif, CEO of the National Service Scheme (NSS), who is seeking to contest the upcoming parliamentary elections in 2020.

As he goes uncontested, Mr Ussif, who represented the constituency in parliament in 2012 is set to contest incumbent NDC MP Abdul-Rauf Tanko Ibrahim.

Hundreds of supporters on Saturday, August 3, 2019 thronged the New Patriotic Party office in the constituency as Mr Ussif filed his nomination ahead of the parliamentary primaries.

Amid drumming and dancing some elated members told DailyMailGh that Mr Ussif is the best candidate to represent the constituency in parliament.

“With Mr Ussif as our next candidate, I think the NPP has somebody who has the requisite Party history and experience, as well as the leadership qualities and grassroots support to upstage the National Democratic Congress (NDC) for the parliamentary seat in the 2020 elections”, declared a constituency youth organiser.

“Even he is not yet a Member of Parliament, the massive support from him is overwhelming and I am hopeful he will win the seat again”, another constituent said.

On his part, Mr Ussif thanked the rank and file of the party for massive endorsement and assured that he would work hard to secure the seat in the next parliamentary elections.

“I am honoured that the whole rank and file of the party is rallying behind me… and I want to assure you especially the youth that I will bring every party member on board to secure victory in 2020”, Mr Ussif said.

Chairman of Council of Elders Kande Ajei, who received the forms on behalf of the party wished Mr Ussif well in all his endeavours.