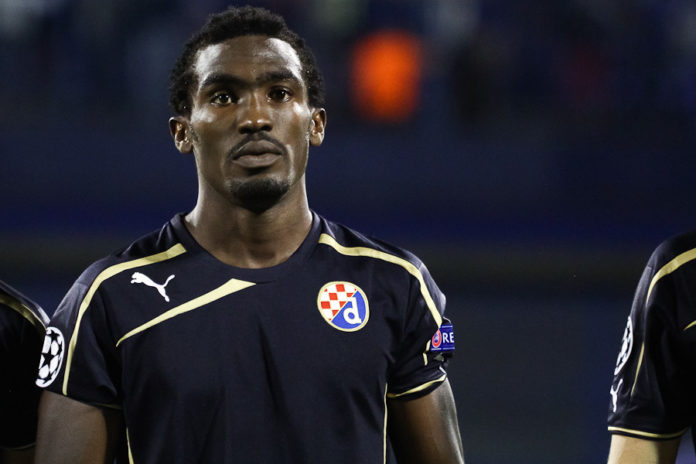 Most weeks, they’d be playing football for at least 90 minutes but, in these 90 seconds, they pleaded.

With the background of a leaning signpost that identified the walled premises just behind them as Ghana’s Embassy in Ethiopia, and armed with a smartphone’s grainy camera, a group of young men recorded their request and addressed it to the powers-that-be back in their homeland — via the power of social media.

“We are Ghanaian players in Ethiopia, seeking to share a brief message with our countrymen,” a voice, presumably belonging to the fellow behind the filming, began.

Next up was goalkeeper Muntari Tagoe, formerly of Ghana’s Medeama SC.

“We plead with the government,” Tagoe, lanky and in a white V-neck T-shirt, is heard saying.

“The football season here is canceled, and the teams have sorted us out [financially]. We’ve exhausted all our funds on bed and board since March, however, and our rents expire next Monday (June 30).”

Expiration of their work and residence permits, Tagoe added, isn’t too far off.

The most easily recognizable face among the lot, with a dark jacket thrown over a sweatshirt and hands in the pockets of his trousers, is Lee Addy, a member of Ghana’s 2010 Fifa World Cup squad. He looks at ease, yet his words — as touching as Tagoe’s, but delivered less animatedly — suggest things aren’t at all cool.

“We appealed to the Consulate but were told that the best that could be done was to convey us to Ghana on a cargo plane — and only after we pay $2,000 each.”

It’s money they don’t have, obviously, but Tagoe — who, like Addy, recently played for Zambian side Lusaka Dynamos — boldly claims that each of the petitioners has their own return ticket ready; all they ask, really, is to be airlifted home by the Ghanaian government more comfortably than a cargo plane could afford and at no greater expense to themselves.

“Please send this video, if you can, to the authorities,” Tagoe, who turns 28 next week, signed off, shoving his face-mask back into place.

Tagoe joined Jimma Aba Jifar from Asante Kotoko in October 2019, and while it’s not quite clear just what Addy’s business in Ethiopia is (only last year did he sign for South Africa’s Free State Stars), there are other high-profile Ghanaian footballers known to ply their trade in the east African country, — like Sebeta Kenema’s Daniel Agyei, another international goalkeeper and a star of the Black Satellites’ 2009 Fifa U-20 World Cup-winning team.

The Ethiopian season was, indeed, terminated prematurely early in May, when the nation had recorded 140 COVID-19 cases; as at Tuesday, the count stood at 4,848. Ghana confirmed its first case of the disease on March 12, just a day before Ethiopia did, but has seen figures rise to over 14,000 — fourth-highest in Africa at present, but with nearly 75% of that number recovered.

Borders of the country remain closed, however, although exceptions could be made for Ghanaians stranded and in dire circumstances overseas. It’s an arrangement that Addy & Co. — like their colleagues based in the Middle East whose own petition for similar reliefs came earlier this week — would be counting on.

PS: Kurt Okraku, president of the Ghana Football Association (GFA), in a Facebook post on Tuesday evening, announced a liaison with the relevant government ministries to facilitate the smooth return of the affected Ethiopia-based players, 21 in all.

AFTER THE GUARD: Have Other Premier League Winners Fared Any Worse...