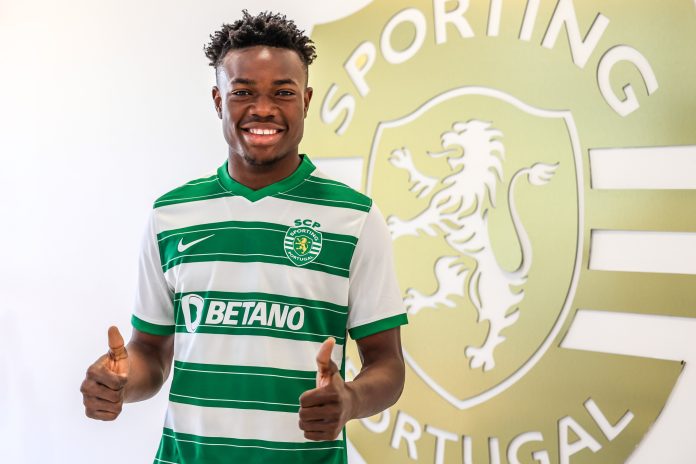 The club announced signing the young footballer on a five-year deal from Ghana Division One League Zone One side Steadfast FC.

He excelled in the 2021-22 Ghana Premier League season on loan at Dreams FC where he scored five goals in six matches.

“The footballer from Ghana has signed for five seasons and has a release clause of 60 million euros, having been presented this Wednesday at the Cristiano Ronaldo Academy, in Alcochete.”

He was part of the Black Stars team when Ghana got humiliated at the 33rd CAF Africa Cup of Nations tournament in Cameroon.

The 18-year-old versatile forward won the 2021 CAF Youth Championship player of the tournament in Mauritania.

Bawumia: Ghanaians abroad to travel with Ghana Card without visa