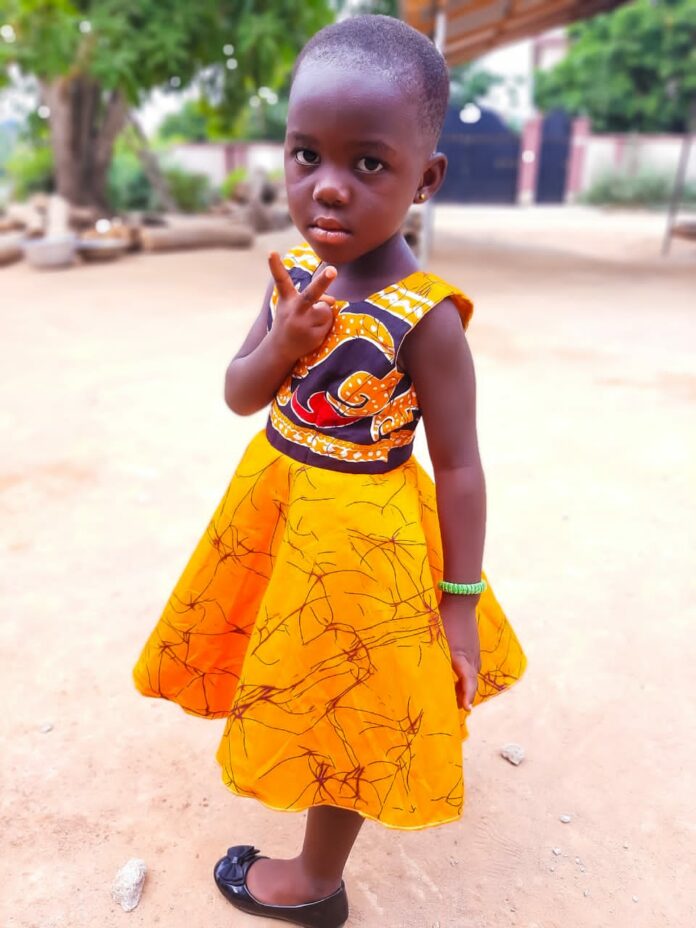 A 20-year-old man has been arrested by the police at Offinso in the Ashanti Region in connection with the death of a four-year-old girl.

The decapitated body of Benedicta Owusu Sarpong was found Tuesday night on the outskirts of the town days after she was declared missing by the police.

The suspect, Ransford Amponsah also known as Owuraku, a mason by profession is believed to have abducted little Benedicta Owusu Sarpong while she was on her way to buy food on Tuesday, April 27.

The body of the four-year-old was however found in a “Ghana-Must-Go” bag dumped in a shallow pit behind the Offinso Nursing and Midwifery School. The decomposing body had been severed with a sharp object leaving the head hanging.

Offinso Divisional Commander Chief Superintendent Ben Wonkyi said: “We took over investigations and arrested the suspect. We were investigating a case of a missing person but we had information that a dead body had been seen around the Offinso Midwifery School. So we proceeded to the scene and we found the dead body which was identified by the uncle of the deceased who is missing”.

Amponsah has been charged with murder and has since been remanded into prison custody by the Offinso Circuit Court presided over Akosua Ataa Nyarko (Mrs) to reappear on 9 June 2021.

An attempt by some irate youth to lynch the suspect was foiled by the police. The police had to fire warning shots to disperse the charge crowd before the suspect was whisked away.

“Since this matter came up, I have had sleepless nights” , the 35-year-old father of two said. I hope and pray that justice would be served.

This brings the number of such cases recorded in the region to two after a five-year-old was also found dead in a tenant’s room at Obuasi.

Meanwhile, the body of the deceased has been deposited at the St Patrick’s Hospital for preservation.

The development has heightened fears among residents who are demanding improved security.