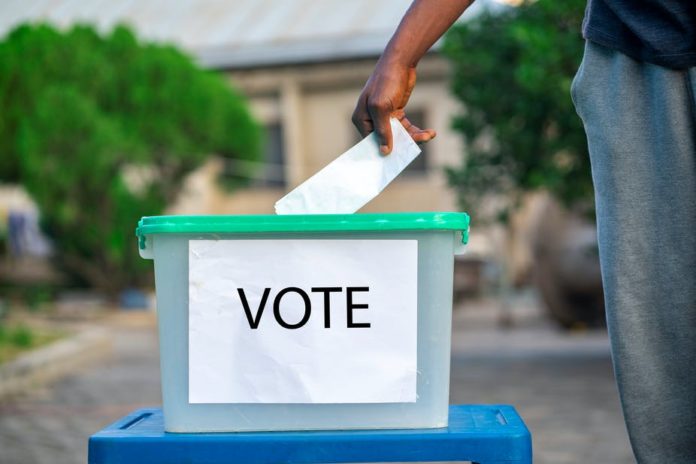 Replacing the oppressor but not the oppression. I can now appreciate why someone like Kwame Nkrumah would break away from Akufo-Addo’s ancestors. He and his family are now using both the NPP as the vehicle and the rest of us to achieve their elitist agenda.

We should pay our taxes to them and they decide what to give to us for which we must be grateful. You do not question their sovereignty else you get “sorted out” or your citizenship can even be at risk.

This model of re-colonization issue is not about NPP as a political party because President Kufour ruled Ghana under NPP and this did not happen, but President Akufo-Addo as a person under NPP has been found wanting.

Apart from the family and close associates, everybody seems to be a pawn in a grand scheme of elevating his family and ancestors above every other Ghanaian, including even the NPP members to the extent of re-writing our history to elevate his ancestors.

Of course, even the white slave masters could not have colonized us without using some of our own. They made sure those of us they used, dressed like them in a suit with rounded lens frames, spoke English with their accent and not the African accent, drunk tea with bread, cheese, and butter.

Those of us with the privilege, therefore, naturally felt superior to our fellow Africans so selling our kind was without guilt. If President Akufo-Addo says he has not seen what has been happening in the country with respect to voter registration, intimidation of journalists, corruption, fear to speak out, why be surprised? His mental model does not see any wrong. Did the white man see anything wrong with slavery or colonization?  No. So if he does not see, what do we expect him to do about it. Don’t you get it?

The white man taking our gold and timber was more of a right and not deemed as corruption. This brings me to the various corruption scandals under the present Akufo-Addo regime. What we fail to understand is that he genuinely does not see them as corruption but a right to take and give some to those helping him.

According to the Africawatch magazine, President Akufo-Addo has not less than 123 ministers mainly packed with his own family members attending to him and enriching themselves at the expense of the nation. What nation? Ghana is a manufacturing company owned by President Akufo-Addo and his family, the ministers and associates are his managers and the rest of the citizenry are employees, including the non-family NPP members who are being used to achieve the grand scheme. Our current conditions of service is free SHS, free water and electricity for three months. We have no right to complain but to work.

President Akufo-Addo is said to have stated that, he did not come to public life to enrich himself. Of course, he is just taking what rightfully belongs to him and his family. Is this enrichment to him? I guess not. It is his bonafide property.

He and the family from the Africawatch report have taken over the electricity generation capacity of the country, the financial sector of the country (insurance, banking both retail and investment as well as its regulation), the energy and oil sector. All the strategic institutions are headed by family members or very close associates of an inner circle and you can understand.

Look at the PDS scandal, which included a couple of outsiders and look at what happened? That was seemingly stopped because some outsiders wanted to take from the family so another Special Purpose Vehicle (SPV) had to be put in place, this time taking out the outsiders.  According to the report, no capital was injected by the shareholders of PDS.

How do we expect anyone to put in money to acquire what in their minds belongs to them anyway? Don’t you get it? Also, 51% of the shares in PDS was to be held by a Ghanaian entity. Now, who do you think are Ghanaians in Ghana? Do you think it is the other non-family NPP members or the rest of the citizenry? You must be joking.

According to the Africa watch magazine, which makes the assertion by the President that his appointees are clean and not corrupt is very suspect indeed. Again, until you understand the mental model of the President that he is taking what belongs to him and the family you will not get it. He does not see it as corruption. How can you steal what rightfully belongs to you as an inheritance from your forefathers?

On the oil scandal, the report indicated that the then-Minister of Energy Boakye Agyarko was basically not in favor of the deal and that it was not in the interest of the government to renegotiate the terms of the closed “Petroleum Agreement” and he was, “therefore, not in the position to accept AGM’s request for a review of the term of the Petroleum Agreement.”

Non-family NPP sympathizers and the rest of the citizenry, let us vote out Akufo-Addo as President of Ghana because another four more years and the re-colonization will be completed. We and our generation will all be working as employees for his family and their associates and their generation for life. They say they want their country back.

What country? Shine your eyes and see the big picture. President Akufo-Addo cannot solve a corruption problem he does not see or acknowledge because he is taking what in his mind belongs to his ancestors and generations unborn. Let us vote him out now before he wills the country as his personal property. Let us stop the re-colonization of Ghana, on December 7, 2020

SHAKING THE KOP: Liverpool Embraces a New Breed of Heroes